Apple is expected to release new M2 Pro and M2 Max MacBook Pros next year and now the latter chip has started to pop up in Geekbench scores online.

We saw a similar Geekbench result appear last month and the score suggested that we should expect a relatively small speed increase over the current M1 Max. However, this new result is more encouraging.

The M2 Pro and M2 Max chips are expected to debut in new versions of the 14 and 16-inch MacBook Pro notebooks, likely arriving within the first couple of months of 2023.

We don’t know much more about these machines, but the benchmarks show M2 Max chips with 96GB of RAM and running macOS Ventura 13.2. As for chip speeds, the highest we’ve seen from a suspected M2 Max is 3.68GHz. 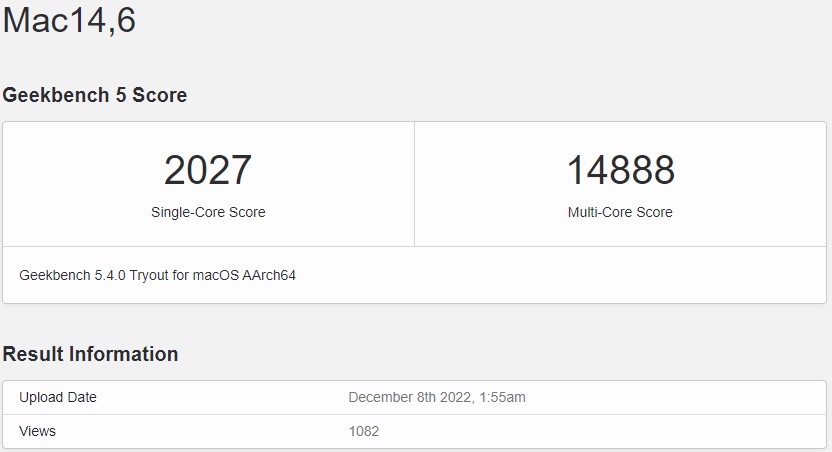 Apple had previously been expected to announce the new M2 Pro and M2 Max MacBook Pros in or around November of this year, but that didn’t happen. We’re now expecting a launch in early 2023, perhaps alongside a new Mac mini or Mac Studio.