The release of the Apple Watch is fast approaching, and while many continue to decide which model best suits their requirements, those who’ve already secured their orders are probably scanning around for the best accessories and peripherals. From Apple’s side, there’s precious little by way of extras at this point, but given the buzz surrounding the forthcoming wearable, it’s no surprise that third-party manufacturers are already promoting their latest Watch-related products ahead of the big launch. Here, we feature a slick Apple Watch dock that not only looks the part, but cleverly conceals the charging cable from view.

Apple’s core philosophy is one of minimalism, which, at times, can be seen as a fault. No matter what your opinion on design, though, we can all agree that wires are a generally unsightly necessity, and if they can be hidden away if not completely removed, then all the better. This is something that Mophie has heeded with its Watch Dock, which serves its purpose while also keeping the look as to-the-point as possible. 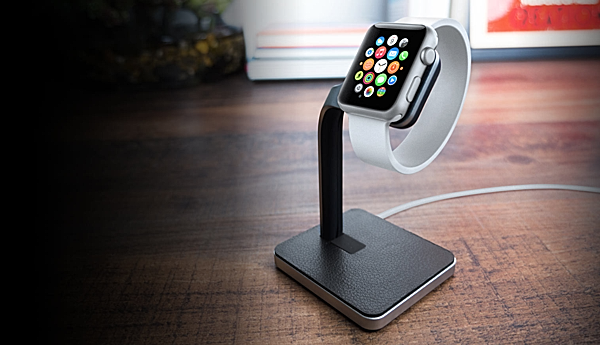 Some will see the Mophie Watch Dock as elegant, others as no-frills, but with aluminum construction and “Premium Leather Accents,” it seems to tick the box placed next to build quality. It’s a dock in one sense, because it does power your Apple Watch when you place the gadget on the uppermost part, but since it does require your official Apple Watch charging cable – there are no charging facilities as standard – it’s not your typical, all-encompassing dock. 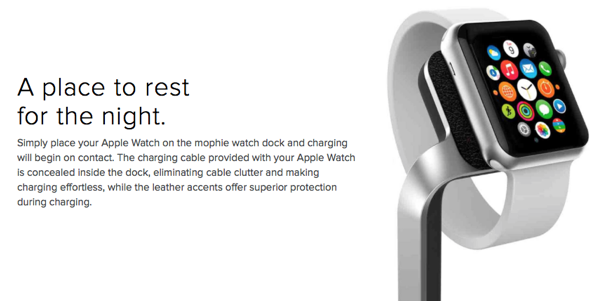 Given the prices that Apple is charging for Watch’s magnet-based charging connector – the spiritual spawn of the MagSafe feature that props up the MacBook range – it makes sense for the likes of Mophie and its competitors to focus on docks that use official means of powering up the device, especially when you factor in the red tape that manufacturers of third-party charging facilities tend to encounter. 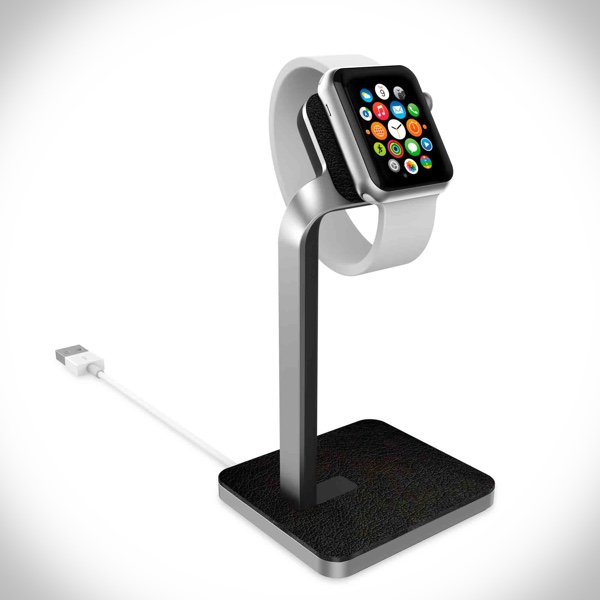 Still, we reckon that Mophie has done quite a good job with this one, and most importantly, shipping dates should coincide with the April 24th shipment of the Apple Watch. 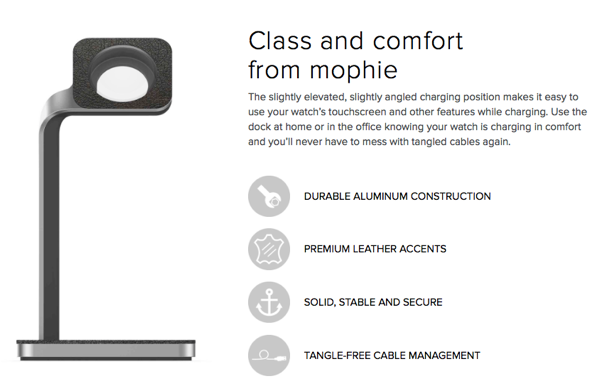 It costs $59.95, which isn’t bad, and it’s a great deal cheaper than the only official Apple Watch dock, which, right now, requires you to pony up $10,000+ for the Apple Watch Edition.