Modder Crams PlayStation 3 And Xbox 360 Into One Box [PICTURES]

If you’re a hardcore gamer, you likely own more than one console, yet game consoles take up space, especially if you live in a crammed college dorm. Thankfully, the newest star in geekery and console modding goodness has published pictures of a combination of a PlayStation 3 and an Xbox 360, all in one box! 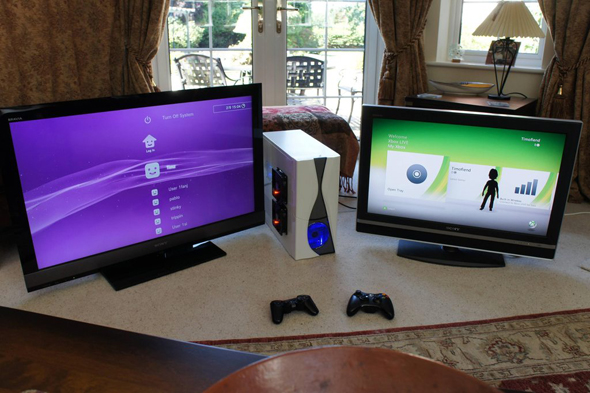 Indeed, this modder has managed to cram a first-generation (thick) 80 GB PlayStation 3 and a new ‘slim’ Xbox 360, all into one well-ventilated case. The combined box is capable of outputting two video signals, allowing both Xbox 360 and PlayStation 3 games to be played simultaneously.

Sadly, this wasn’t the day when Microsoft and Sony partnered up to deliver such a great product; this combined machine was created the old-fashioned way, by gutting both consoles and cramming their parts into the same case. The result is what looks like one single console but it’s in fact two running inside the same case in harmony, which itself is an accomplishment given the challenges that come with properly cooling two full-fledged game consoles inside a case. Instead of implementing a liquid cooling system, as we’d expect, the modder has instead placed strong air cooling, ensuring that, when turned on, the PlayStation 3 and the Xbox 360, don’t exceed 28.5ºC and 25.5ºC respectively, as you can tell from the picture below, yet keep in mind that real-world temperatures while playing resource-intensive games may be way higher. 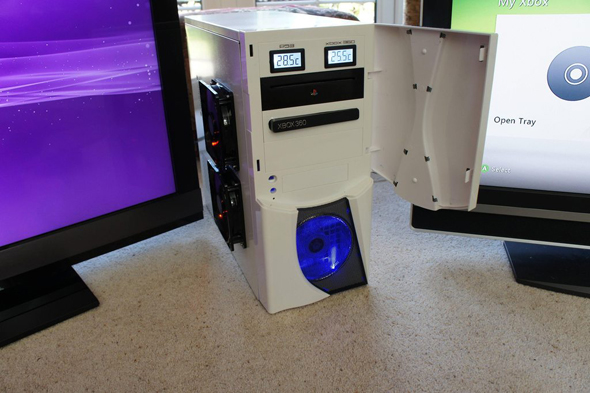 Are you wondering where you can get one? Sadly, this is not for sale, yet the mod’s author has promised to release documentation on how to assemble your own PlayStation 3 + Xbox 360 combo, if anyone showed interest:

I kept a work log and took photos as I made this so if anybodys interested I shall upload the project as a whole for you to see how it was done.

Indeed, overwhelming response rushed in after minutes, with hundreds of comments posted on the project’s Reddit page alone. If you’re interested in being notified when the documentation is finally released, just comment on this project’s page or directly message the author of this project itself.

Technically, other consoles instead of the Xbox or the PlayStation 3 could be crammed into a similar case, so perhaps we could see an Xbox 360 + Wii combo? 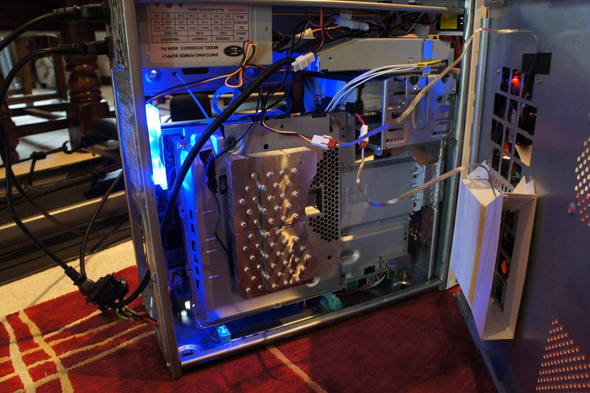 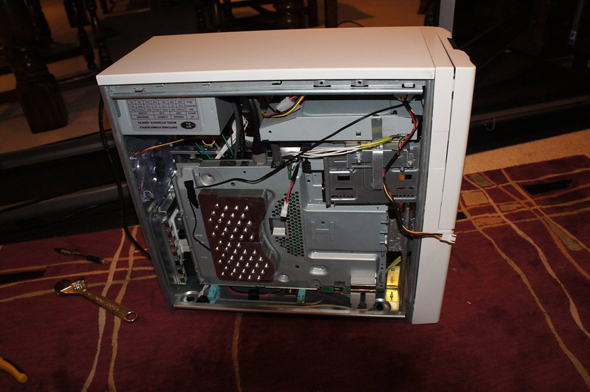