Apple’s HomeKit is great and all, but what if you already own legacy home automation hardware that was never designed with HomeKit in mind? That’s where Focalcrest’s Mixtile Hub comes into play.

Recently announced at the Consumer Electronics Show in Las Vegas, the hub is believed to be the first of its kind, which is a hub that is designed to take devices that use the ZigBee and Z-Wave protocols and give them a way to interact as if they had HomeKit built right in. 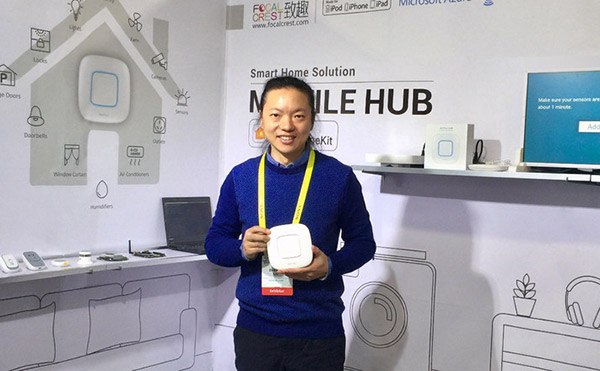 All of this means that legacy home automation devices can be checked on, and ultimately controlled via the iOS Home app and Siri even when they do not support HomeKit themselves.

Doing something like this was already possible via a workaround that involved running an intermediate server via Homebridge that would handle all the communications between devices, but the Mixtile Hub is actually Apple-certified, which means configuration and usage of the device should be as simple as any other HomeKit hardware, something a home-built server cannot boast.

The newly released Mixtile Hub can link Apple iOS devices with compatible smart home products, surveillance devices and probe sensors through ZigBee and Z-Wave. It has also obtained the Apple MFi license and is able to communicate with iOS devices via HomeKit protocol and therefore realizes product control and scene linkage through Apple home app and Siri.

Focalcrest hasn’t yet confirmed when the Mixtile Hub will be made available or what it will cost when it is, but with HomeKit home automation devices still slow to gather momentum and legacy hardware already in people’s homes, releasing a device that can bridge the divide between new and existing protocols is a smart move by Focalcrest, and being the first to market can be vital with these things.

Now we just need to wait for pricing and availability before we can get too excited.