Users of home automation kit, like Nest, SmartThings, Wink, Lockitron and more, that doesn’t officially play ball with Apple’s HomeKit, may want to check out the open-source ‘Homebridge’ that, as the name suggests, is capable of acting as a bridge between your existing smart home devices and Apple’s HomeKit.

Apple seemed to had big plans for HomeKit when it was initially announced, but things have been slow to get off the ground, reportedly because Apple treats smart home accessories the same way it does its apps – any manufacturer wanting to be part of the HomeKit ecosystem has to go through a hardware validation process, and in typical Apple fashion, that doesn’t happen quickly. 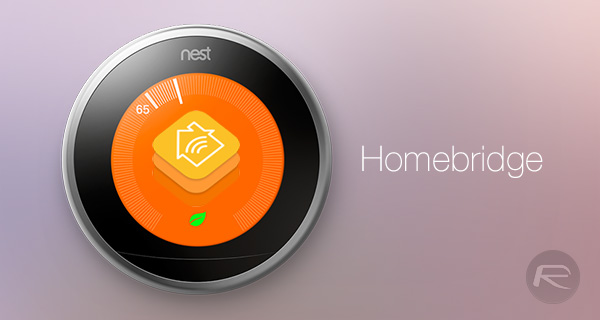 If you’re sick of waiting for things to get ironed out or simply have a home full of hardware that isn’t HomeKit-compatible, then Homebridge is an open source project that can be installed on any Unix system, acting as a link between those devices and Apple’s HomeKit APIs. Being open-source, Homebridge is available to anyone who wants it thanks to GitHub, and it’s absolutely free. Support for devices comes by the way of plugins that bring compatibility with different manufacturers, ranging from Sonos, Nest, SmartThings, Wink to lesser known names such as Domotics.

The obvious use for Homebridge is to allow older, non-Apple approved smart home appliances to be controlled via Siri in your iPhone that, if we’re absolutely honest, is the biggest reason for HomeKit to exist in the first place. There’s something magical about telling Siri to open the door or turn on the lights, and it’s not just because it makes us feel like we’re living in the Star Trek world, though it totally does!

Getting Homebridge up and running is going to take a certain amount of technical know-how, but if you’re willing to put in the time, the results could be quite impressive, at least if HomeKit lives up to its promise, anyway.