As part of Microsoft’s continued endeavor to boost sales of its Surface RT, the Redmond company has slashed the price of the tablet across markets in Europe following a similar move across North America just a short while ago. The deal sees the cost of the ARM-powered slate reduced by up to a third, with prices ranging from £279 in UK, or €329 in Germany.

It’s fair to say the Surface RT is incredibly limited when compared with the Pro model, and it is for this reason why many techies avoided making the purchase of the RT when it released back at the tail end of last year. Despite being marketed as a hybrid tablet-notebook cross, its lack of legacy app support will always mean it cannot be truly used as such, and since its choice of apps is rather limited, one has to wonder whether Microsoft will continue to pursue an RT tablet going forward.

Despite its shortcomings, it’s a great day-to-day device, with slick functionality and a great set of native apps. Internet Explorer runs extremely nicely, for example, and if you were looking for a tablet with basic browser and Office capabilities, the newly-reduced Surface RT could be the one for you.

The Surface Pro, like its older, inferior cousin, hasn’t sold very well either since being introduced earlier on this year, and with no news of a follow-up model even with the release of Windows 8.1 later this year, prices probably won’t be dropping on that one any time soon.

Although the Surface hasn’t yet been the “iPad killer” some commentators billed it as, it’s a winner in its own right, and most Surface owners I’ve spoken to have been very pleased with their purchase. If you’ve been looking to see what the fuss is about but have been put-off by the prices, now would be as good a time as any to go and pick up the Surface RT. 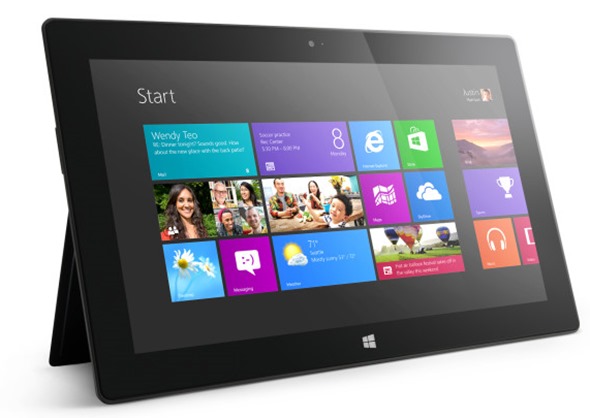 If you’re in the UK, the likes of PC World and John Lewis will be among the physical stores to which you can go in and collect your device. The price-cut has gone live as we speak, and with Microsoft having confirmed the cuts on its Surface RT page, we believe now is the best time if you’re looking to grab yourself potentially the best Windows RT tablet out there in the market.

Apart from the above mentioned price cut, Microsoft is offering Surface RT for education at a heavily discounted price. Starting at just $199 for the base model, it’s an offer any student shouldn’t miss out on.