We already know that Microsoft is committed to prove themselves as a hardware company. The introduction of the Surface 2 and Surface Pro 2 in New York last month pretty much confirmed that the Redmond based company aren’t planning on licking their original Surface wounds and shying away from a competitive market. October 22nd is the date that was given during that dedicated event, and as the launch date gets ever closer, we are now seeing some Surface 2 promotional videos that show consumers exactly what they’ll be getting if they part with their hard earned dollars.

We’ve seen this tactic before from Microsoft, as well as most other technology companies; announce a product and then drip feed promotional content in an attempt to ramp interest in that product to an all-time high. Microsoft’s New York based event put a significant amount of emphasis on the accompanying keyboards that consumers can snap up with the Surface and Surface Pro 2, and it seems that trend is going to continue with this latest video release which heavily features the colorful keyboard options. 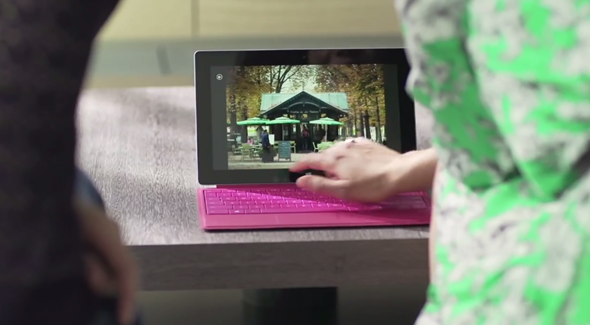 Ralf Groene, Creative Director of the Surface team, makes an early appearance in the video to declare that Microsoft is "very excited" to introduce the Surface 2 to the market. The available Touch and Type Covers for the Surface have always been one of the more marketable aspects of Microsoft’s tablet, and it seems the accessory has gotten a lot more advanced with the Surface 2. Version 2 of the Touch Cover benefits from a high-resolution sensor that includes a matrix of individual sensors below the keys rather than the one sensor per key setup that was built into the original cover. The benefit of this build method is that it allows users to perform gestures directly on top of the keys. 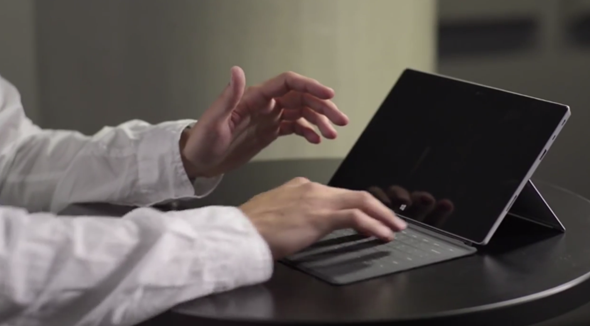 Microsoft has also listened directly to consumer feedback and included the extremely important backlighting in the Touch and Type Covers and has introduced a variety of different color options. The Surface 2 is also thinner and lighter than its predecessor and will ship with an integrated kickstand that offers not one, but two different resting options. There’s no denying that Microsoft has leveled up their game with the Surface 2, but we will have to wait until October 22nd to see if the "one device for everything in your life" tagline is justified.