Microsoft has announced the launch of the much anticipated special ‘Gold’ editions of the Lumia 830 and Lumia 930 smartphones. The phones will be given a slight oomph from the cosmetic department with a dash of the color gold around the otherwise steel colored bands. More details on the devices can be found right here.

There were quite a few leaks flying around the Internet with regards to the existence of upcoming iterations of the Lumia 830 and the Lumia 930 smartphones, and today all of that has actually culminated towards the release of gold editions of the two devices. Interestingly, the Nokia branding continues to live on the two phones despite being new editions to devices that were released before the time when Microsoft finally ditched the Nokia branding on all its Windows Phone smartphones. 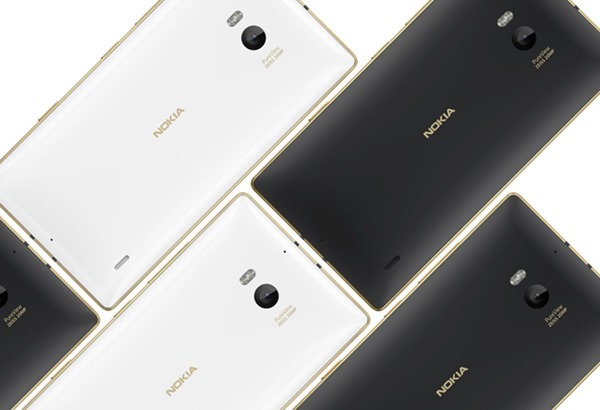 Banded with gold color which has an anodized finish, the duo of smartphones will be available dressed up in black or white, coupled with that premium gold finish around it. 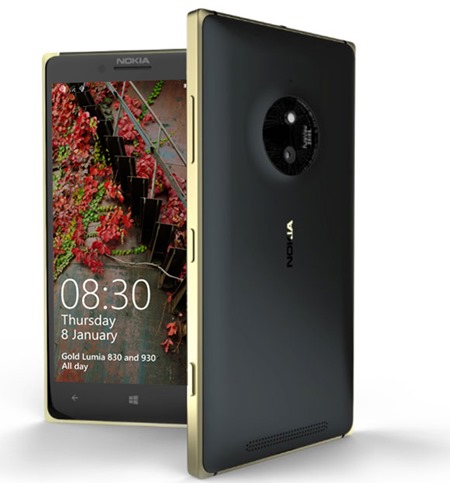 According to Microsoft, the Lumia 830 Gold in both black and white color options should be available in "Europe, Asia Pacific and China, and India, the Middle East and Africa." The price, Microsoft says, will vary by region and operator. 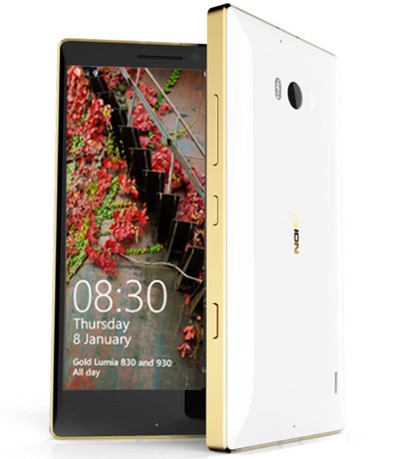 As for the Lumia 930 Gold, the phone will be available in black starting this week, with the white color option to be made available by the end of January this month. Where will this be available? Microsoft says it will be available in the markets of a select list of countries in Europe, Asia Pacific, the Middle East, Africa, and China. No intimation on the price of this device as well, which will vary by region and operator, according to the Windows OS maker.

What’s your take on these new editions to already existing smart phones? Given that majority of the consumers who might express their interest in this device are Windows Phone users, would you be interested in buying one of these gold edition Lumias?

Sound off in the comments section below.