Remember when the good folks at Microsoft told us there’d be more to come from the Lumia family of devices? Well, true to its word, the company has just announced three new smartphones, the ultra-slim Lumia 830, as well as the dual-SIM capable Lumia 730 and 735 models. As Microsoft continues to restructure and realign Nokia in an attempt to find some relevance in the mobile space, it will be hoping that the flagship Lumia 830 will offer enough appeal to compete with the latest offerings from Samsung and Apple.

Microsoft is billing the Lumia 830 as "the ultra-slim and innovation packed affordable flagship". Feels like they are trying to cover all bases with that one. 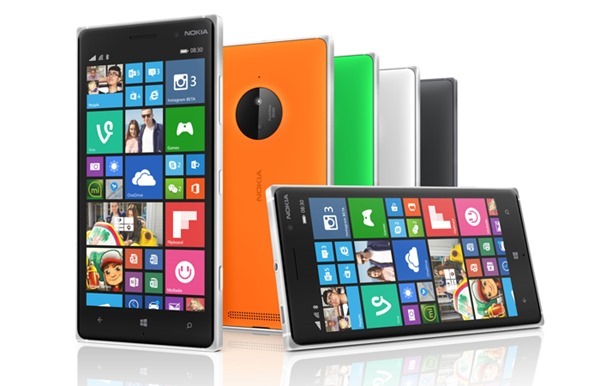 The device will immediately take the mantle as the slimmest and lightest smartphone to grace the Lumia range, weighing in at only 150 grams and measuring just 8.5mm at its thinnest point. All of the standout technology that you would expect has been loaded into the phone. PureView camera technology, built-in wireless charging, as well as the extremely battery friendly SensorCore all make an appearance.

The rear embedded 10-megapixel PureView camera is bundled with Carl Zeiss optics as well as an entirely new Optical Image Stabilization system that allows the device to be so thin. The Lumia 830 will ship with a beautiful 5-inch ClearBlack display, manufactured from Curved Gorilla 3 glass for ultimate longevity and robustness. In addition to all of the above, the phone will be powered by a 1.2GHZ quad-core Snapdragon 400 processor and come complete with an internal storage capacity of 16GB, expandable up to 128GB through separate microSD cards.

Believe it or not, Microsoft is pushing both of these offerings as "selfie and Skype masters". Yes, that’s correct. Purchase one of these gorgeous devices and you can increase your selfie and Skype skills exponentially. The company seems to suggest that selfies are "a way of life" so if you agree then the forward-facing 5-megapixel camera should impress you with its 24mm focal length that has been designed to get more content into every photograph captured. Both devices also come pre-loaded with Lumia’s new Selfie app. 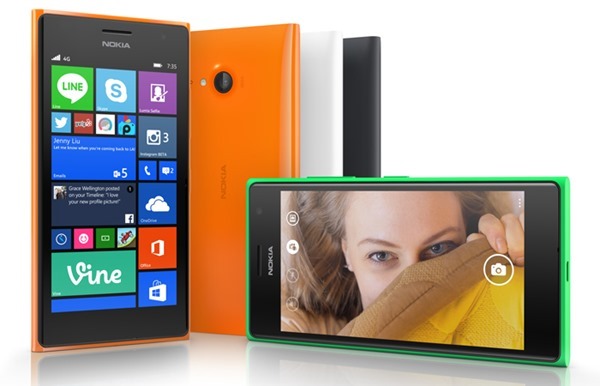 Under the hood, both the 730 and 735 are powered by a 1.2GHz Snapdragon quad-core processor with 8GB of on-board memory to keep things ticking over. The 4.7-inch 720p display has a near 180-degree viewing angle that should be pretty usable in bright lighting conditions. Both pieces of kit also ship with two microphones and some clever technology known as Lumia Voice Processing to capture crystal clear audio.

These mid-level devices are essentially the same pieces of kit, with the only difference being that potential consumers will need to choose between having 4G/LTE connectivity on the Lumia 735, or a 3G dual-SIM option on the Lumia 730.

The Lumia 830 is said to arrive in September with a price of around $440 off-contract, while the selfie-centric Lumia 735 and 730 will arrive this month featuring a price tag of around $290 and $260, respectively.