Intel Squeezes A Full Windows PC Inside A Small HDMI Stick, Here Are The Details

If you’re looking to turn your TV into a full blown PC, then Intel has the perfect solution for your needs, and it’s called the Intel Compute Stick. It will turn any HDMI enabled TV into a Windows 8.1 running PC straight away. Head on over the break, for further details.

Intel teaming up with Microsoft is nothing new really, however the fact that the Compute Stick will be carrying Windows 8.1 with Bing can be traced back to when Microsoft announced that the OS will be free to install for OEMs on all devices that are smaller than 9-inches, which covers most tablets, phones, and now, this Compute Stick. 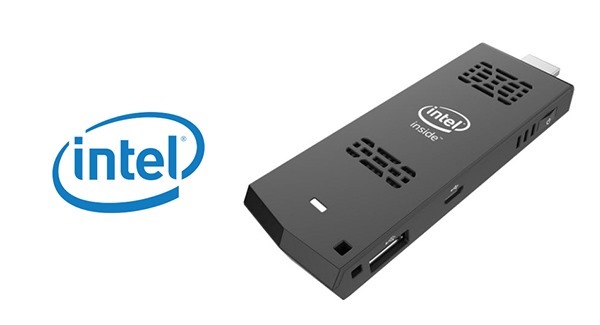 With specs that are more or less similar to most entry level tablets, this tiny little PC is powered by an Intel Atom Bay Trail processor, and contains an impressive 32GB of eMMC storage. As for the RAM, 2GB of it will suffice almost all tasks thrown at a PC of this stature. You get Bluetooth 4.0 support for pairing up a mouse and a keyboard, and there’s also a Micro USB port for powering the device. Yes, it does not power itself; remember you’re plugging it into an HDMI port, not USB.

OS based sticks aren’t exactly the newest concept, with Android and Linux TV sticks being around for a few years now, however, those carried the ARM processors which were, well not an Intel Atom if that helps clear it up. Apparently Intel has a Linux offering in the works as well if you’re not into Windows, and is expected to carry a price tag of $89 while sporting less than stellar specs, such as 1GB RAM and 8GB of storage. The processor is expected to be Intel Atom Bay Trail as well.

At $149.99, the Intel Compute Stick is not exactly on the expensive side of the fence when you take into account that it’s a full-blown PC that can fit into the palm of your hands. And given that users tend to be more mobile these days, it’s likely that this gadget will take off among professionals and office-goers.