Microsoft is known predominantly as a software maker, with the likes of Windows and Office among its most celebrated products. But for a long time, the company has also shown that it’s not too shabby when it comes to building innovative keyboards and mice to accompany the experience of using its famed line-up, and moving with the times, the software company’s new All-in-One Media Keyboard is designed specifically with your smart TV in mind. 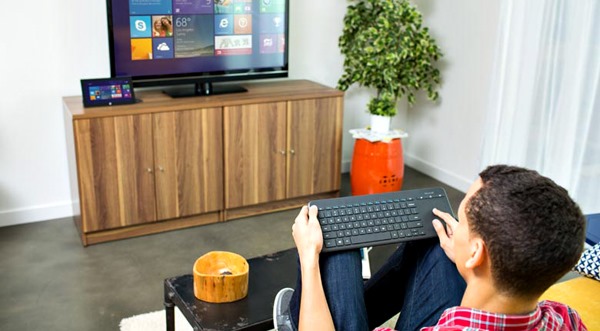 Let’s not beat around the bush – the keyboard is not exactly the most exciting aspect of modern-day computing – but despite its seemingly unspectacular nature, Microsoft has remained dogmatic in its pursuit of innovation in this field. For example, the Wedge Keyboard and Mouse range – like the newly-announced All-in-One Media Keyboard – was designed in a forward-thinking manner, having been designed back in 2012 for those using the then-new Windows 8 interface at desktop level. 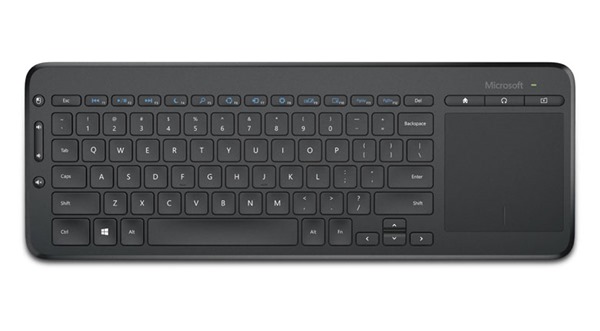 Sure, it might not have worked out as planned, and as a result, we’ve seen the company back-track into tweaking the tiled UI to suit the desktop user with the recent Windows 8.1 Update 1, but while the Digital Age has tried to take a pitchfork to the perceivably antiquated nature of the keyboard, the likes of the Wedge and the new All-in-One Media Keyboard suggest that there’s still a great deal of life left in this type of peripheral. 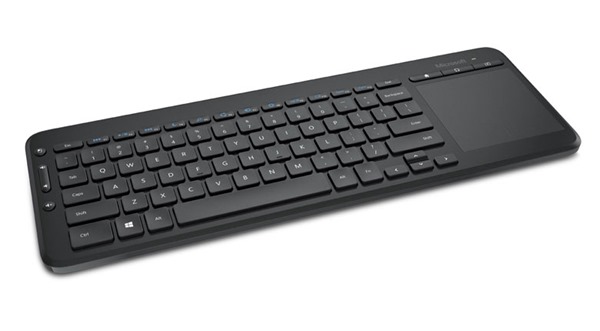 The All-in-One features an in-built trackpad, which makes sense given that a separate mouse would be both inconvenient to use and easy to lose, and with a host of useful buttons to help you manage your media, the All-in-One Media Keyboard truly does live up to its name.

There’s no number pad, which is a bit of a bummer, but that’s the opportunity cost that goes with having your keyboard and trackpad integrated as one.

As far as connectivity goes, this thing isn’t hooked up via Bluetooth as you might perhaps expect, but via a USB transceiver, just like your current wireless keyboard / mouse.

For $40, the All-in-Media keyboard goes on sale tomorrow, and if you’re on the hunt for an easy way to manage your smart TV, then this USB keyboard provides most of the tools you’ll need in one place.