iPhone 5s Vs Galaxy S5 Vs HTC One M8 Vs Nexus 5: The Ultimate Durability Test! [VIDEO]

As much as we all love and treasure our mobile devices, we also love it when an individual or company creates and uploads a video that shows a device being pushed to its physical limits.

We’ve witnessed gaming consoles being shot with high-powered rifles. We’ve seen the latest and greatest tablets on the market being hit with blunt objects to test durability. And now, thanks to SquareTrade, we can sit back and watch then iPhone 5s, Galaxy S5, Nexus 5 and HTC M8 being dropped, dunked and generally mistreated to test their durability. 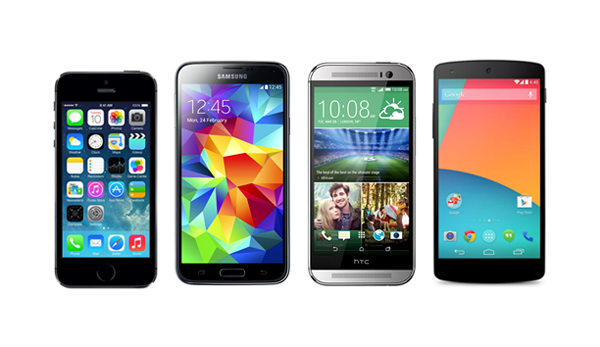 The video comes courtesy of SquareTrade which operate as an extended warranty company to provide protection plans for our wonderful gadgets. As you can imagine, a company like SquareTrade that deals day in and day out with consumers who regularly break the latest devices to hit the market are extremely interested in the the manufacturing quality of new smartphones. The "breakability" factor of the device is extremely high on the interest list, referring to how easy or difficult it is to actually cause severe damage to the device.

In order to test the various devices, they have been put through a series of tests that involve dunking, dropping and sliding the device around to see how efficiently it deals with stress and peril. The idea isn’t to go all out to destroy the handset, but rather to simulate everyday experiences that could happen to any of us. Samsung’s latest flagship was noted to offer a significant improvement over its predecessor in terms of durability. The Galaxy S5 notched up excellent scores on the dunk and drop tests, pulling in an overall breakability score of 6. 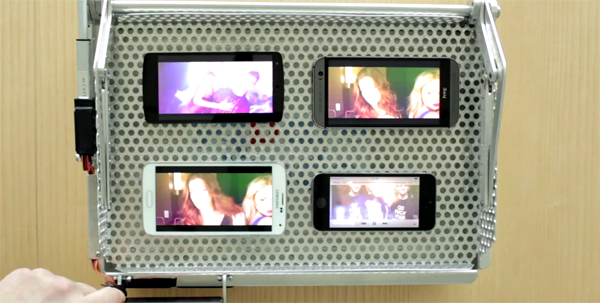 HTC’s latest release appears to have taken a few steps backwards when it comes to build quality. The original HTC One had a SquareTrade breakability score of 4.5 making it one of the best performing devices on the market at the time. The M8 let the Android side down by performing extremely poorly in the dunk and slide tests and came out with a score of 6.5. Rather surprisingly, the Nexus 5 failed all tests and was by far the worst performer out of all tested.

It’s unlikely that anyone of any importance within Apple will take notice of these tests but it’ll be sure to bring a smile if they come across the video. The tested iPhone 5s performed extremely well in all tests, obtaining the best score out of the four devices with a breakability rating of 5.5.