A development team consisting of PsychoTea, Siguza, and multiple others have pulled together to release another jailbreak tool into the community. For those individuals who are running iOS 10.x on a 64-bit device, the highly-anticipated final version of Meridian is now being offered with immediate effect for device liberation purposes after being available as a beta for a very long time.

Much of the jailbreak focus and discussion has landed on the doorstep of the CoolStar-developed Electra in recent weeks, and rightly so to be honest. 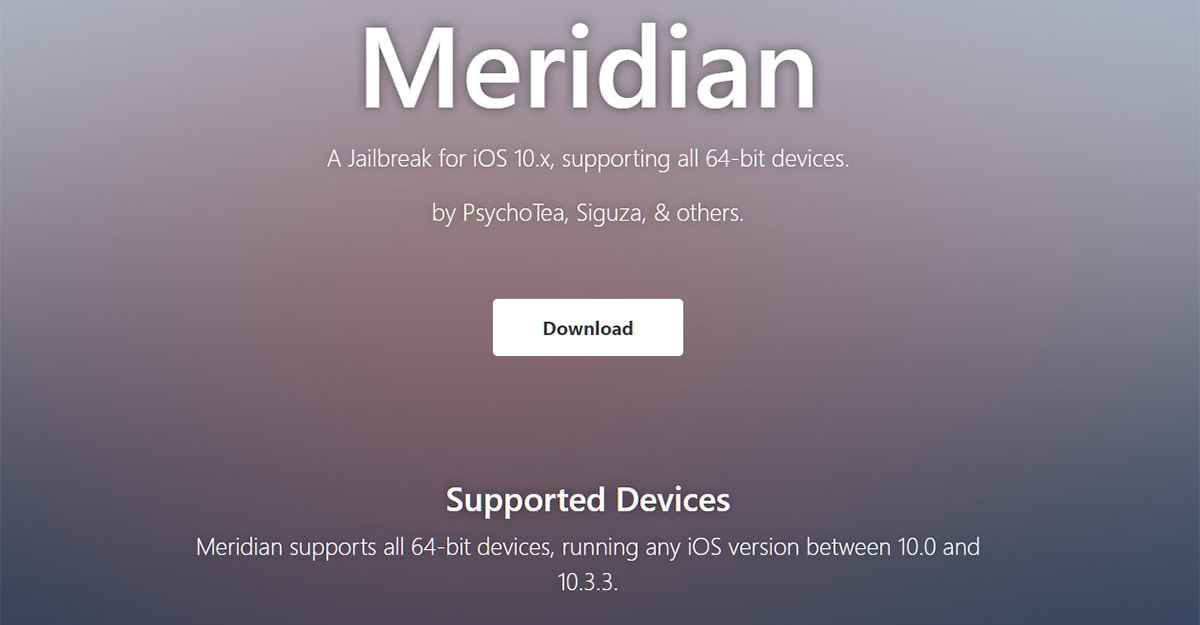 However, after plenty of teases and much deliberation based on perceived value with iOS 12 just around the corner, final version of Meridian jailbreak is now live and it is being offered as a viable jailbreak solution for all 64-bit iPhone or iPad running iOS 10.0 through to iOS 10.3.3.

Many of those who are still sitting on iOS 10 have relied on Luca Todesco’s Yalu102 jailbreak offering to give them access to Cydia. However, that experience was limited in terms of the firmware and devices that it supported. Meridian looks to go beyond what Yalu offered.

Yalu102 didn’t support iPhone 7 and limited firmware support to iOS 10.2 and below Meridian immediately offers more than what has previously been available by including iPhone 7 in its supported devices bundle and even jailbreaks as far forward as iOS 10.3.3. That represents an immediate win for individuals who are perfectly happy with iOS 10.3.3 and have thus far declined to move across and install iOS 11.x. Aside from those improvements over Yalu, Meridian is bundled together and offered like most other jailbreaks in recent memory.

Users are invited to download a specific Meridian IPA file and then sideload it onto their device using Cydia Impactor. It is then a case of running through the jailbreak process on the device, which is facilitated with a very simple “go” button right in the middle of the Meridian interface. And, like most other jailbreaks in recent memory, Meridian is semi-untethered and will require the device owner to re-run the Meridian app and re-jailbreak every time the device is turned off or a hard reboot is performed.

If you have yet to take the opportunity to move to iOS 11, or even iOS 12 for those who love to test pre-release software and want to jailbreak your device on iOS 10.3.3 or below, then Meridian jailbreak IPA is available to download right now from meridian.sparkes.zone.