Reports of smartphones catching fire are surprisingly common, though, given the number of phones sold each year, it’s still rare considering the quantities in circulation. The Apple Watch, however, hasn’t proven to be quite so likely to burn people, though it’s still early days for Apple’s wearable. In fact, one Danish man claims that his Apple Watch badly burned his arm, and he has a witness to prove it.

Both the man himself and the witness are apparently fairly sure that the Apple Watch was the reason for the burning rather than any external factors, though as the photos show, the damage appears to be centered around the Apple Watch’s Milanese Loop band rather than the watch itself. 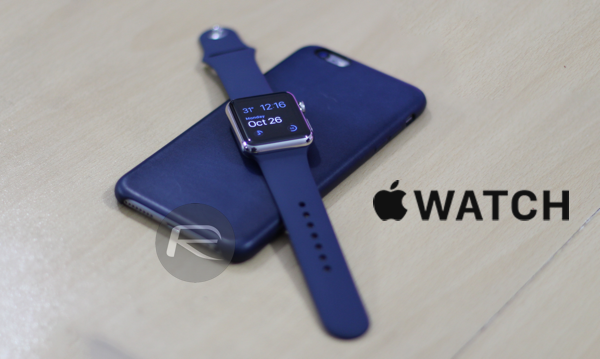 It’s this point that has Apple itself claiming its own investigations into the matter have come to the conclusion that the Apple Watch itself was not to blame for the burns, but rather external factors. There are no electronics in the Apple Watch band at all, meaning that there is nothing there to warm up to the point of burning anyone. Furthermore, the Apple Watch itself was tested and found to be working fine, with Apple essentially saying that the burns were not caused by its wearable, but rather an external source, whatever that may be. 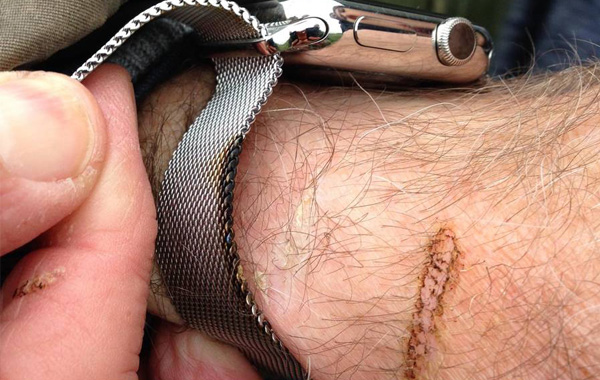 One explanation could be the skin having a reaction to the material of the metallic band, but that doesn’t seem to have been suggested as part of Apple’s response, which doesn’t help this Danish Apple Watch owner or his witness that claim the Apple Watch was indeed the cause of the injuries. Apple has seemingly washed its hands of the situation following a lengthy review process, which saw weeks pass before this current decision to stand by its wearable device. 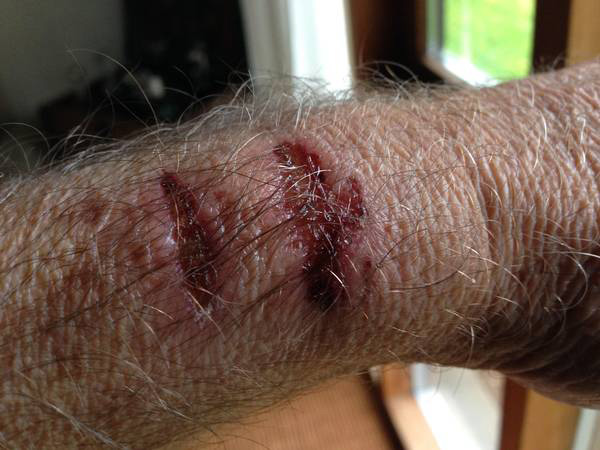 We wouldn’t want to say one way or another what is going on here, but if this Apple Watch did indeed spontaneously combust, then we’ve got bigger problems on our hands!