There has never been a better time to be a gaming console fan as we move closer towards the PlayStation 4 and Xbox One release. Excitement levels were once again raised through the roof with the recent confirmation of the PS4 release date in Europe and the US. Not wanting to let adrenaline and interest die down at this early stage, the PS4 announcement train is back, this time to inform us that we will be stepping away from the single option of black monotone controllers in favor of offering stunning red and blue variants that will surely be popular with those who want to inject a bit of personality into their gaming.

As is always the case with companies like Sony, we can’t just call the new DualShock 4 controllers "red" and "blue". That would be far too mundane and certainly wouldn’t conjure up mental images of excitement and fast paced gaming. In the spirit of showmanship, Sony has announced that the ‘Magma Red’ and ‘Wave Blue’ controllers will be made available alongside the European launch of the next-generation console with a retail cost of £54. Unfortunately North American consumers will need to exercise a little patience and wait until the end of the year to part with their hard-earned $59 for the controllers. 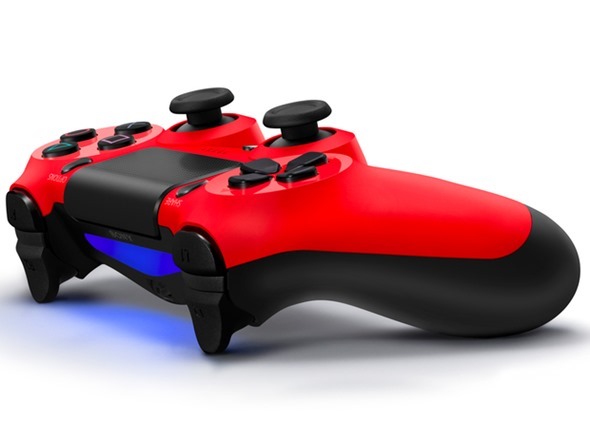 The color variants of the new PlayStation 4 controllers aren’t the only changes that Sony have decided to make this time around. The revamped DualShock 4 gamepad will come equipped with a super sensitive six-axis sensor as well as a brand new touch sensitive pad that has been slapped onto the front of the controller. Although gamers will still interact with the majority of games like they always have, the new touchpad is poised to offer different ways for those playing the games to interact with in-game content. 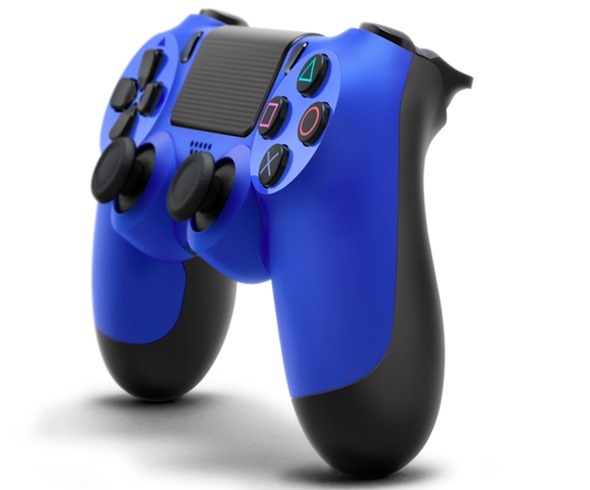 The visual and aesthetic changes don’t end there either. Sony has integrated a rather snazzy looking LED strip on the top of the fourth-generation DualShock controller. The initial behavior of the LEDs will be to immediately allow players to differentiate between characters, but it is highly possible that the functionality will grow over time as content creators figure out new ways to use the lights. If you’re planning on purchasing a PlayStation 4 then it will ship with the standard black controller. The Magma Red and Wave Blue variants will be sold as additional accessories.