As we move closer to the speculated next-generation iPhone announcement, we are seeing additional leaked images that claim to prove the existence of the champagne / gold iPhone 5S. Over the last seven days we have been hearing murmurings about whether or not Apple will be releasing the iPhone 5S in a variety of colors, with most of the attention being lavished on the purported gold – or champagne – variant of the new device. Whether or not that will actually happen is still up in the air, but the latest leaked images to come from Japanese sources show the purported gold / champagne colored hardware sitting alongside a black and white version of the current iPhone 5.

The debate on whether or not there is any value in Apple moving away from black or white iPhones will undoubtedly be ongoing long after the iPhone 5S launch, with the immediate focus being on the various comparison shots of this gold flavored iDevice. The one thing that immediately springs to mind when looking at these images is that the speculated gold / champagne device appears to be identical in physical form to the current-generation iPhone 5. The rear of the device features the exact same design as the black and white versions of the iPhone 5 with the physical size of the shell remaining unchanged.

The chamfered edges of the purported device, as well as the SIM card insertion slot also appear to be carbon copies of Apple’s current flagship smartphone. The gold coated device also features the exact same design at the bottom of the casing. The Lighting cable slot and speaker grilles are showing no signs of being amended, with the 3.5mm headphone jack also being in exactly the same position. Unfortunately, we can’t see the front of the shell from the images in order to ascertain if any changes have been made around the much speculated home button area. 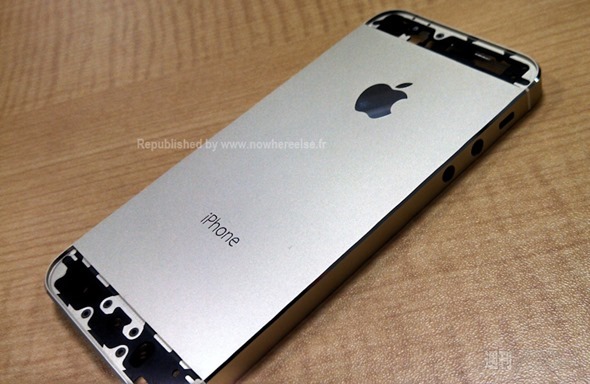 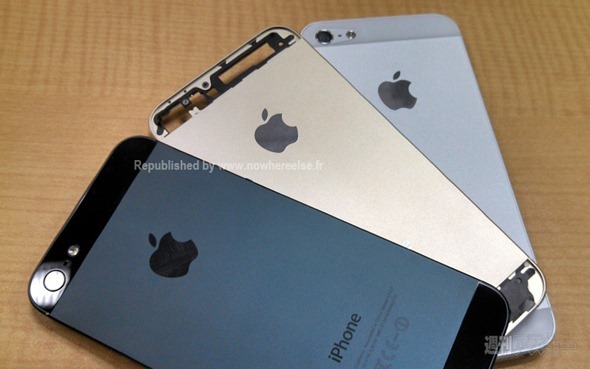 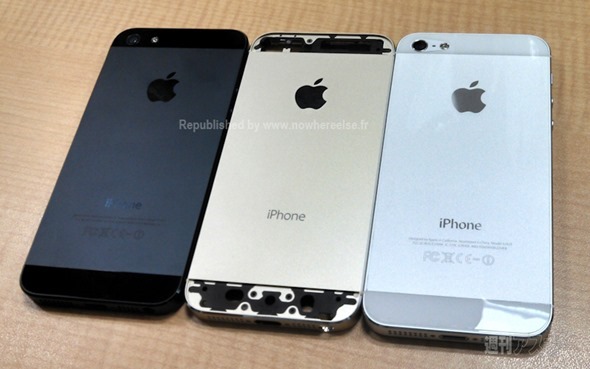 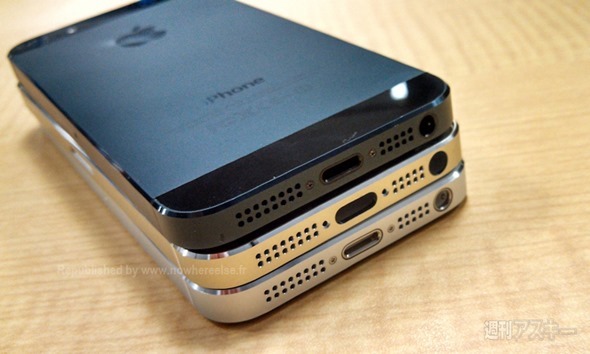 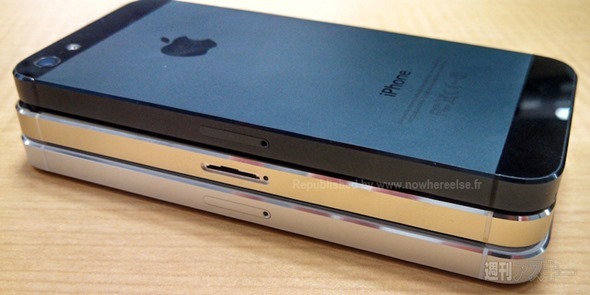 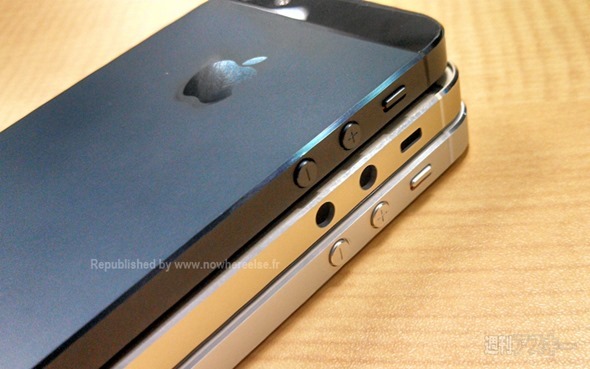 A number of analysts – the most notable being Ming-Chi Kuo of KGI Securities – have already gone on record to state that they believe that the gold / champagne colored device will make an appearance when the new hardware is announced next month. It also seems to be widely accepted that Apple will not only offer this visual alternative to the current black and white options, but will also introduce a higher capacity 128GB version of the iPhone. With September 10th fast approaching it won’t be long until we find out what the Cupertino company has planned.