We’ve already spoken about our high hopes for what Apple’s iBeacon may turn into and we’ve made no bones about the fact that it may be the best kept secret of iOS 7, considering it got little to no press when the mobile operating system launched a couple of months ago. It seems that some people were paying attention though, and hot on the heels of Major League Baseball’s decision to trial iBeacon at ball parks, department store Macy’s is also putting Apple’s location aware technology through its paces at some of its own stores. 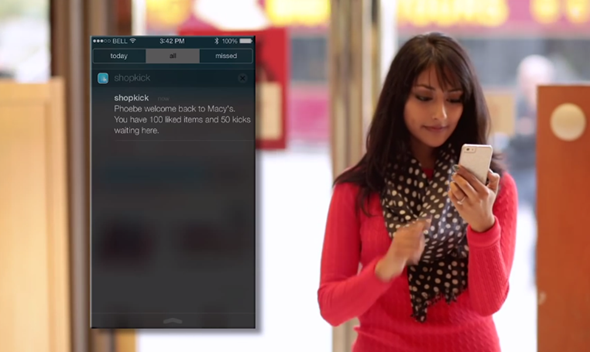 A YouTube ad put together by Macy’s and Shopkick shows that it’s possible for a shopper to be alerted of deals when they enter a store, or perhaps reminded about that item that they marked as a potential purchase in the past. The beauty here though is that shoppers could receive a notification as they get closer to the item in question, rather than simply barraging them with various prompts as soon as they walk through the door.

Shopkick isn’t aiming its shopBeacon technology at Macy’s alone either, with the company claiming that its $40, palm-sized bundle of technological joy will be rolled out to other retail partners once the Macy’s trial draws to a close. 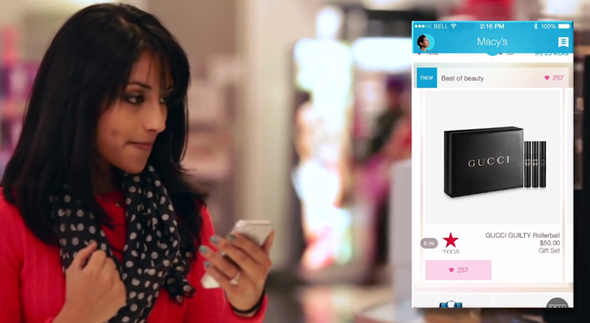 Along with Macy’s and the MLB, Apple itself is said to be getting ready to roll iBeacon magic out to its retail stores in the United States. Here, it’s claimed that customers will receive information about products as they get closer to them, removing the need for signage as well as making it easier for Apple to tailor product information to specific requirements.

There’s no word on timescales for any of these implementations, but we would expect Apple at least to be pushing iBeacon to stores rather than later, if only to show other retailers what can be done.

When that happens, you’ll hear it from us!