A part of iOS 7 that has received next to no discussion but has the potential to be the biggest addition to the iOS feature set, iBeacon is Apple’s attempt at taking location aware apps to the next level and, if the latest tests shown by Major League Baseball are anything to go by, then they might just be onto something.

Speaking to Cnet, MLB’s iOS developers showed off some of the potential uses for iBeacon whilst wandering around the New York Mets’ Citi Field ballpark. As the developer got his iPhone 5s close to the stadium he was treated to a push notification announcing his arrival. As he neared another landmark a different location popped up. As he entered the ballpark itself, a third notification made itself known, this time welcoming the developer on what the app new was his first visit to Citi Field. And none of it used GPS. 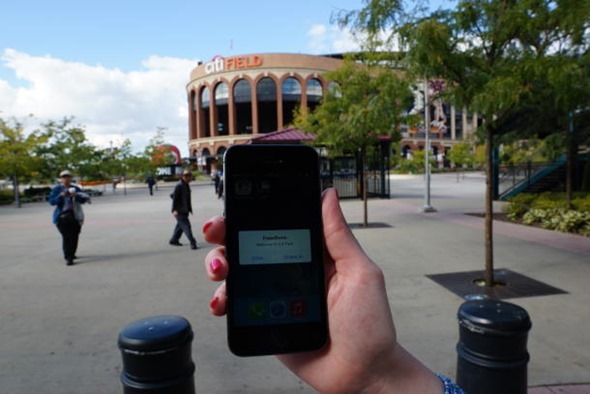 See, the iPhone 5s is obviously packing iOS 7, and iBeacon is being tested by the MLB as a way of allowing baseball fans to get notifications of things like new deals, or perhaps showing them a video explaining the history of a particular statue. It’s all about added value, and iBeacon aims to make it easier.

The magic happens courtesy of little discs that send out a Bluetooth signal that is picked up by an iOS 7 device – iPhone 4S and above – in a similar way to how NFC works. The beauty of iBeacon though is that the range can be altered depending on the use, and with NFC that range is severely limited.

Apple’s iBeacon relies on Bluetooth LE, which is the same kind of low energy Bluetooth implementation that Android 4.3 added for those preferring their smartphones to have a little more Google in them. The MLB developer said that Android would potentially be supported once the scheme gets off the ground next year, but that iOS was being used as the testing system thanks to Apple’s SDKs. Either way, it seems that in theory at least, Android users could potentially see some of the same features move over to their platform of choice, too. 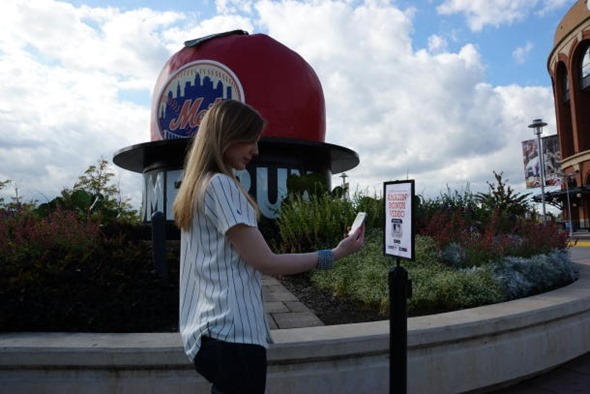 With all the talk about Apple’s redesign of iOS, iBeacon has been overlooked by many. With testing already underway by such a large US sport, it’s not difficult to guess how large iBeacon could conceivably become, especially when you remember that it could be used for some sort of mobile payment method should Apple so wish.