What happens to a MacBook Air when it falls 1,000 feet straight to the ground from an airplane? One owner who was doing around 120 MPH in his Sports Cruiser had the unfortunate incident happen to him, and he has shared photos of the aftermath.

A MacBook Air in its unibody metal shell offers a premium and solid build quality, but the extremely thin profile always proves to be a concern for those who are travelling around with the machine tucked away in their backpack, but if this incident is to be believed, then it’s fair to say that the Air is a tough machine. The owner of a MacBook Air in question here, Reddit user av80r, says that cruising at an altitude of 1,000 feet, his plane’s canopy unexpectedly opened just enough to send a bag of his flying out the cockpit. 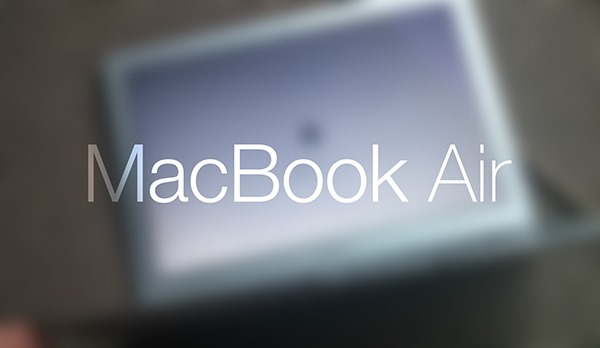 Recovered by a farmer, the MacBook Air was found inside the bag, along with the owner’s pilot license and flight book. According to the farmer himself, he heard a whistling sound getting closer and when he looked up, the bag was headed for right where he was standing. He stepped to the left to avoid it as the bag impacted the ground, leaving the MacBook bent out of shape but still functioning.

The photos shared by the owner obviously show the inescapable damage with the keyboard base skewed and bent, but miraculously the display escaped unscathed, with just a slight bend which is pretty insignificant really. The machine is booting up like normal, however according to the owner, the cooling system has been damaged which is understandable since the laptop may be the lightest around, but just not light enough to escape a 1,000 feet impact. Interestingly, the glass made touchpad shattered like the front panel on most iPhones you may have witnessed taking a plunge on cement or tarmac. 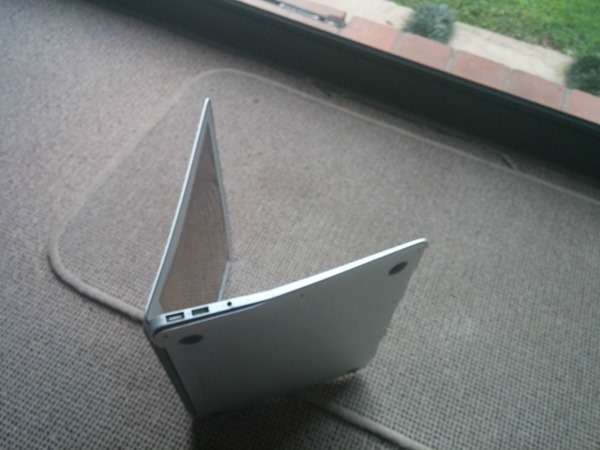 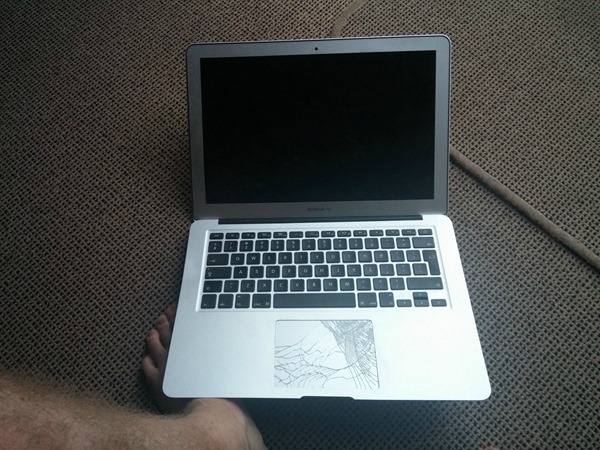 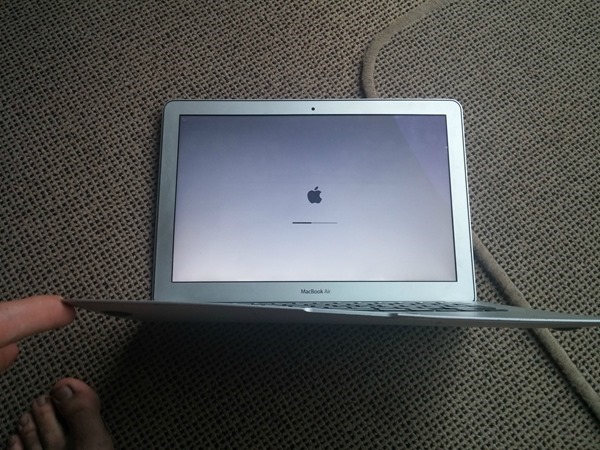 The farmer, Malopo found the owner via Facebook and after getting his number, was able to return all his personal belongingss, which included the bag and rest of his documents. According to av80r, he actually took it down to the local Apple Store to trade it in, but the staff was not amused. Needless to say, had the machine not been in the bag, display aside, even booting up may have been questionable.