Nokia has sought to address the shortcomings and limitations of the Windows Phone platform by packing immensely good cameras into its high-end devices, and the fact that the Lumia 920’s snapper is still widely considered the best in the business is a testament to that fact. Nokia’s so-called ‘PureView’ technology with OIS is back for another round in the upcoming Lumia 928 handset, which looks a modest refresh on the current flagship, and to show you just how good the 928’s shooter is, Nokia has put together a little comparison video pitting the camera against that of the Samsung Galaxy S III and Apple’s iPhone 5 in low lighting conditions.

It’s well-documented that, of the more powerful devices in the market, the Galaxy S III’s camera isn’t up to much; outperformed by most of its peers, particularly in low-lighting conditions. But the iPhone 5’s camera is Apple’s best yet, and with improved low-light performance being one of the oft-mentioned enhancements to the Cupertino’s latest smartphone, it’s still no match for the uppermost Lumia handsets when the darkness falls. 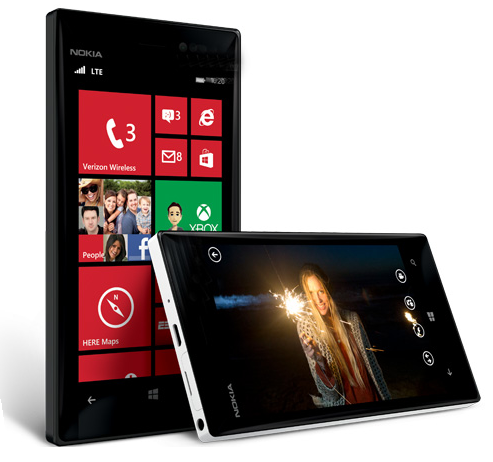 Seeing as this is a video created by Nokia, it makes sense that the company would want to paint its own device in the best possible light. But for image stabilization in video, color saturation and sharpness, the Nokia Lumia 928 blows the competition out of the water.

It is a little suspicious that Nokia didn’t decide to compare the Lumia 928 with, say, the Galaxy S4, given that it’s the newer version of the Galaxy S III and all. Then again, if you want to present a device as favorably as possible, you have to take what you can get.

With HTC and Samsung having already delivered two big statements with the One and Galaxy S4 respectively, Nokia must make its voice heard if it is to have any eventual chance of competing with Android / iOS. The Lumia 928, despite appearing largely unchanged from the 920, will at least offer prospective Windows Phone users a new handset to consider, and with an 8.7-megapixel camera being the flagship feature once more, snap-happy consumers could do a lot worse than to pick up the 928.

Just so long as they don’t count on being able to upload shots onto Instagram, though.