Apple’s iTunes team in charge of App Store has selected yet another fantastic and educational children’s app to be featured as the Free App of the Week.

The app, which has a predominant focus on being a fun and interesting way to teach children about making music, usually sells for the handsome price of $3, but will be offered as an entirely free-of-charge download for iPhone, iPad and iPod touch devices for the next seven days as part of Apple’s ongoing App Store offer.

The developer behind the LOOPIMAL app has a glowing and constantly expanding reputation for designing and building extremely fun but educational apps that are aimed predominantly at a younger audience.

LOOPIMAL is undeniably one of the more fun options in this particular catalog of apps, and is described as being “the best way for young kids to learn about making music.” It has even been described by some as a “sickeningly charming world that will make you feel like Peter Pan for a few minutes.” We all want to feel like Peter Pan, right?

One of the excellent things about the LOOPIMAL experience is that there is definitely no wrong or right solution, and no right or wrong way to compose musical tunes for each different animal within the app. The whole experience is about providing the younger generation with a fun and intuitive environment that allows them to create sequences of music for different animals on a melodic, rhythmic or movement basis. It’s fun, it’s beautiful to look at, and it encourages kids to be exploratory and experimental in a safe and whimsical environment. 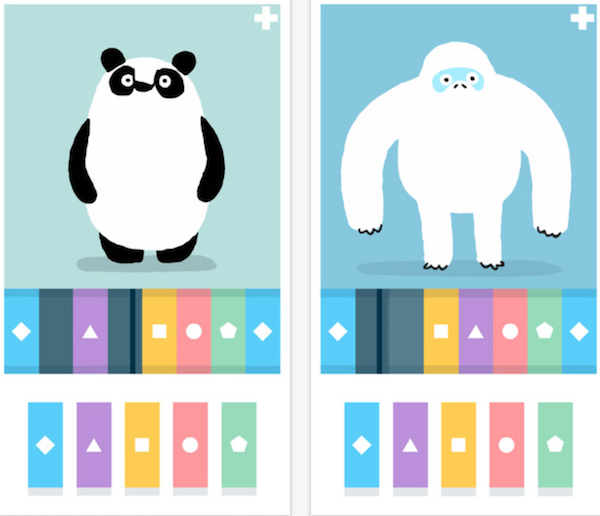 LOOPIMAL supports iPhone, iPad and iPod touch devices with legacy firmware support all the way back to iOS 5.1.1. With that in mind, the developer strongly advises that anyone using the app should do so on an iPhone 4s or newer in order to get the best possible experience out of the app.

Grab it right now while it’s still free from the download link below for the chance to create some interesting musical compositions and to interact with the new Panda, Mammoth and Hippo members of the LOOPIMAL team.

(Download: LOOPIMAL by YATATOY for iPhone, iPad and iPod touch on the iOS App Store)