Home security is something that should never be taken for granted, but all too often, it is. It’s also something that is ripe for home automation, which makes it of particular interest to people like us.

That is why the likes of Logitech offer home surveillance cameras, such as the new Circle 2 that comes in both wired and wireless varieties and while it does not support Apple’s HomeKit out of the gate, it will receive such functionality in the future as part of a software update. Amazon’s Alexa is, on the other hand, already supported. 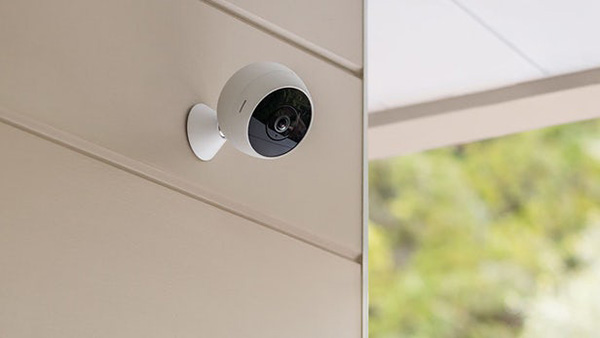 What makes the Circle 2 cameras so interesting is their modular design. The basic cameras, whether wired or wireless, can be attached to one of four different mounts depending on the use case required at the time. Those mounts include one for attaching to glass, like a window, one for plugging the camera straight into a power outlet so users need never worry about batteries, one battery pack, which Logitech claims can run for three months on a single charge, and finally, one that includes a weatherproof extension and insulated cable for use outside.

The camera itself features a maximum recording resolution of 1080p HD, with night vision on the 180 degree wide-angle lens and a two-way audio feature that allows users to bark orders at whoever it is they can see on-camera. This could be particularly useful for someone who wants to have a delivery be left somewhere safe, for example.

With both iOS and Android apps available, recording of up to 24 hours of encrypted video via Logitech’s cloud storage solution is included free of charge, with additional features available for a fee. Logitech’s basic plan offers users 14 days of video storage, with the premium service upping that to 31 days of storage and additional surveillance features thrown in for good measure.

Logitech says that its Circle 2 camera is expected to ship in July. The Circle 2 Wired version will retail for $179.99 at logitech.com, while the wireless camera will cost a little more, coming in at $199. Meanwhile, the Circle 2 mounts and accessories will range from $29 to $49.