The iPad leads a fleet of tablet devices in the market, and although each vendor seems to have a different idea of what exactly a tablet should or should not entail, all seem in agree-ance of the fact that tablets are ‘post-PC’ devices. The market is certainly beginning to grow used to the lack of a physical keyboard — a prominent feature of the PC arrangement – but traditionalists still much prefer the feeling of tapping on keys, and as such, the keyboard as we have always known it is still in wide circulation. Most of the market’s most popular slabs have some ultra-thin variation of keyboard cover, and joining the handful of options already available for owners of Apple’s iPad mini, Logitech has just announced its own svelte, $79 offering called ‘Ultrathin’, with pre-orders starting now.

Having used an iPad for a number of years now, I personally cannot subscribe to the idea of using a keyboard with a tablet; but this is perhaps because I am still very much a firm advocate of the notebook. For those looking to creep, rather than plunge, into the next chapter in personal computing, these ultra-thin keyboards provide the perfect bridge between early Windows and contemporary iOS / Android. 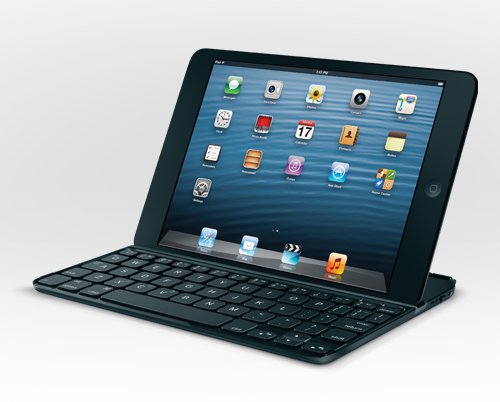 The cover itself is as you would expect from Logitech: high build quality, pleasant (if a little uninspiring) in terms of aesthetics, and a suitable price for the product. With regards to the specification, there are few surprises; it connects by magnet, features auto-wake, hooks up to your device via Bluetooth, is clad in an aluminum chassis, and offers a very healthy three month battery life. 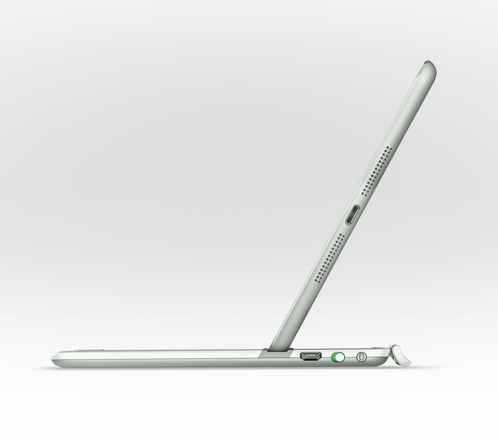 If you’ve ever used the popular ‘EasyType’ keyboard for the regular-sized iPad, this is essentially a scaled-down version, and for $79.99, means you can still enjoy comfortable typing despite the smaller display.

If you’ve been waiting on Logitech to come through with a smaller option for your iPad mini, now is your chance to pre-order, and shipments are expected (although not guaranteed) to begin later this month. 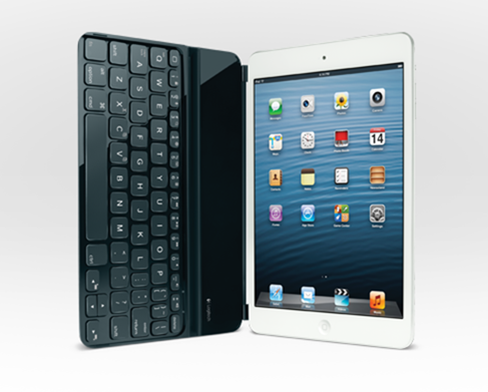 Here is a video clip of the Ultrathin in action:

If you struggle to type on your iPad mini and depend on it for frequent word processing, head over to Logitech’s website.