The need for a 128GB iPad has divided opinions, especially considering it has been introduced mid-schedule, but the latest Apple slate is now officially for sale through the Apple Online Store and physical retail outlets.

For those who may be getting excited about the introduction of a new iPad, it may be worth re-iterating the fact that this latest device launch doesn’t actually bring any new functionality or aesthetic changes to the lineup. Apple is classing the iPad as an extension to the existing fourth-generation lineup, albeit it with a significant bump in flash storage that will put it alongside the Microsoft Surface Pro in terms of internal storage capacity when it is launched. 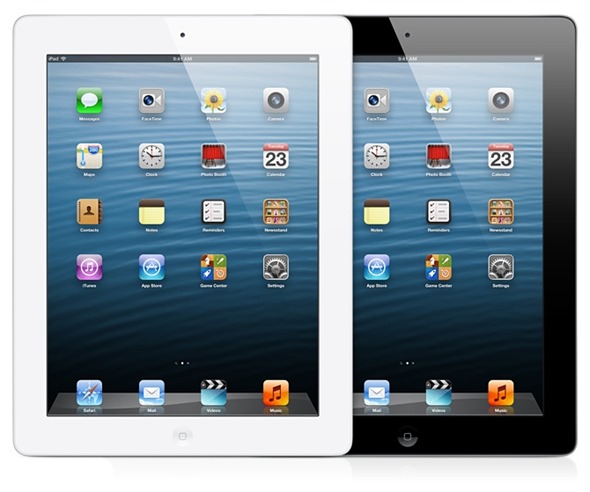 Potential purchasers who are interested on getting their hands on the latest iPad will need to hand over a fairly large portion of their hard-earned cash in order to reap the increased storage rewards. Pricing for the 128GB iPad variant begins at $799, a sum of money that will get you a Wi-Fi only model. Those who require some on the move cellular data connectivity can opt for the Wi-Fi + Cellular model for a cool $929.

United States based consumers will have the option of allowing AT&T, Sprint or Verizon Wireless to handle their data needs with a month-to-month data subscription. As expected, the new model is available in both black and white, with the official Apple Online Store showing as fulfilling orders for all models with a 1-3 business day delivery time at the time of writing. 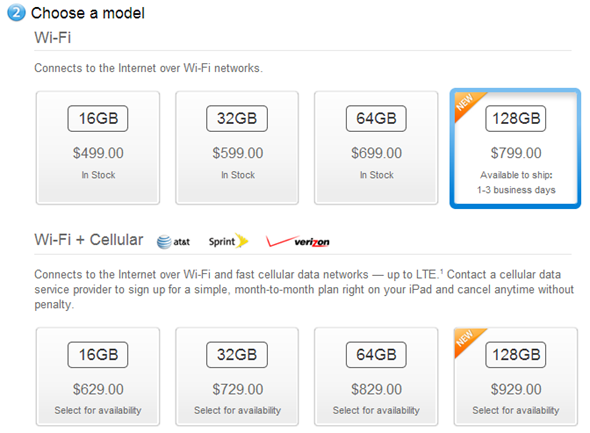 Although the iPad shouldn’t really be compared to the new Microsoft Surface Pro that is expected to launch within the next seven days, the timing of the release can be considered as anything but coincidental. We didn’t expect Apple to be concerned about the threat that the Surface Pro could potentially provide to their tablet market share as the two pieces of hardware are entirely different. With that said, it would seem that the Cupertino company is making an attempt at hanging onto those slate users who want a device with a much larger storage capacity.