With the release of the iPhone 5, the iPad mini and a revamped iPad just in the last few months, some may think that Apple is slowly forgetting about the Mac. Despite all of the speculation, traffic from Macs running OS X 10.9, which has not yet been announced, has increased dramatically over the past few weeks, which strongly suggests that a Developer Preview might be just around the corner.

While Apple commonly issues pre-release versions of its future operating systems to selected developers, these are generally after months of planning, development and testing. For sure, the Cupertino company has been working on OS X 10.9 for quite a while, following the release of OS X 10.8 Mountain Lion this past summer. In order to test certain features, a restricted group of testers down in Cupertino have to visit standard websites around the web: this has caught the attention of many webmasters. 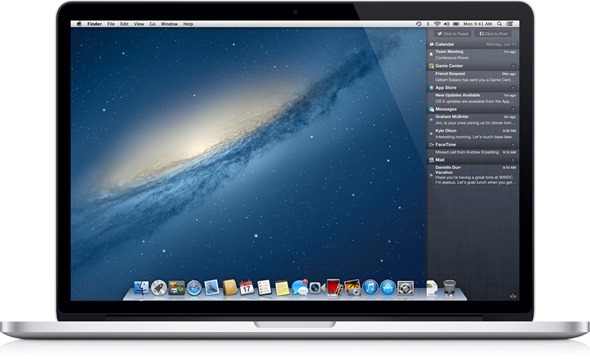 While operating system and browser information can easily be faked by any 13-year-old with some free time on their hands, activity from alleged “OS X 10.9” computers has sharply increased over the last few weeks, suggesting that a developer preview might be imminent. This would be in line with the current OS X release cycle, with a major update roughly every year: OS X 10.7 came out in July 2011, OS X 10.8 came out in July of last year; if Apple intends to launch OS X 10.9 by this July, it will need to issue a Developer Preview within the next few weeks in order to allow for extensive testing by developers.

Not much is as of yet known about the new release of OS X, yet there has been quite a lot of speculation. In line with the last two releases of the operating system, it is thought that OS X 10.9 will bring more features from iOS to the Mac. The well-known mobile dictation software Siri is expected to make its way to the Mac, possibly integrated into the Spotlight search feature, and the Maps app may also be included.

Quite surely, however, previous speculation of a merger between OS X and iOS this year or early next year was quite over the top. However, with more features being brought over from iOS, it is most likely one of Apple’s ultimate goals.