Just as had been rumored for weeks, Apple has today sent out invitations to a special event on September 12th, with the Steve Jobs Theater set to play host to new product announcements.

As usual Apple’s invitation included a tagline as well as an image, both of which are often a nod to what will be announced during the event. The line “Gather round” is quite possibly in relation to a new, round-faced Apple watch while the image used is also a circle, one that reminds us of Apple park but most likely references the new Apple Watch, too. 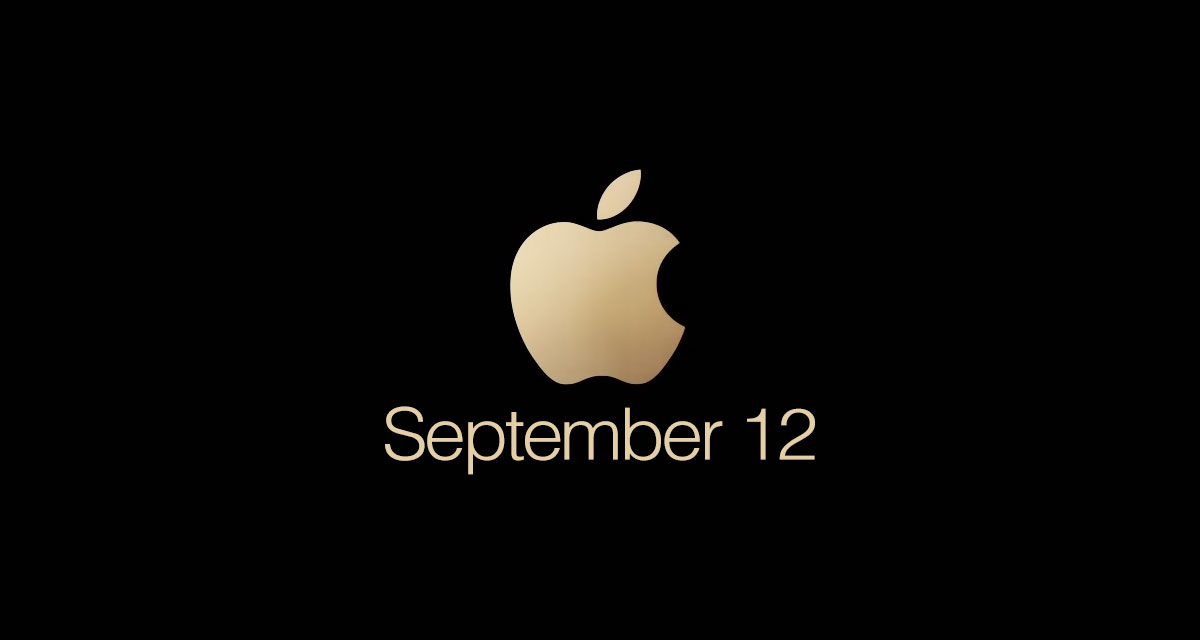 During the event, Apple is expected to announce a raft of new hardware, although it is eminently possible that some of it will be saved for a further announcement later in the quarter. However, the potential list of announcements is considerable.

Three new iPhones including a replacement iPhone X, a new 6.5-inch iPhone X Plus and a less costly 6.1-inch LCD iPhone are expected to be announced.

New Apple Watches are expected to be announced during the event. Rumors and indeed the event invitation all point to a move away from the square watch face and towards something round. 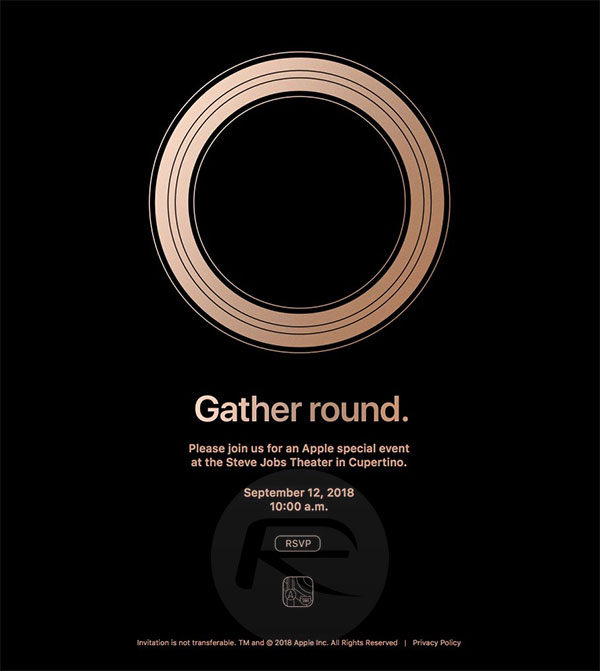 New iPad Pro tablets are a possibility, although little is known about what this may entail. That being said, the removal of the Home button and the arrival of Face ID are good bets.

New Macs have also been rumored, including a new MacBook Air and Mac mini. These are most likely to arrive in a second event, although we’re happy to be proven wrong on that one.

Just has become the norm, Apple will be live streaming the event from 10 AM PT on September 12. We’ll be bringing you all the announcements from the event, too. You can tune into the live stream at the said time and date over at apple.com/live using your Mac (Safari), or Windows 10 (Microsoft Edge browser required), as well as any Apple TV with the Apple Events app installed.