In a response to a new email, Apple’s CEO Steve Jobs has sent a very special email to one of his fan. This email provides some insight into why the man from the Digital world and CEO of Apple Inc has publicly thrown his support and strength behind the pro-organ donation bill making its way through California’s state senate. Unlike all the previous email replies from Steve, this one is not about technology or Apple, but about real life. In just two words, Steve has shown his deep feelings, emotion and his human side to the public. Normally, everyone focuses on Steve as the CEO of Apple, but forgets that there also exists a real human being and a normal person in him, who does care about health and good causes. 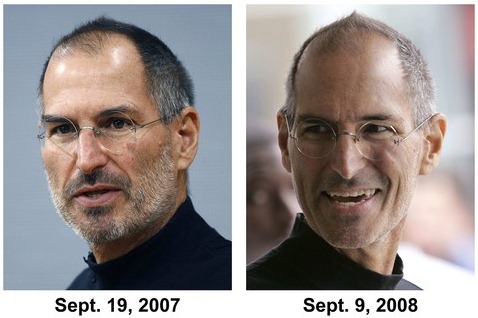 After reading a speech that Steve gave about his experience with liver disease which eventually led to his liver transplant last year, one reader "James" last week sent Steve Jobs an email. This speech was given by Steve at an event in California, where he was promoting a bill that would effectively make it easier for people who need organ transplants.

I lost my girlfriend on April 23, 2008 from melanoma which spread rapidly to her liver, 48 hours after we found out it spread to her liver she sadly passed away….she was only 24 and I think about her every day. I am so grateful you took time out to do this. My girlfriend and I are from Cupertino, since childhood, and it’s really nice to see the hometown hero take time out to do this.

Once again, thank you so much.

Only a few hours later, Steve wrote back:

Your most welcome, James. I’m sorry about your girlfriend. Life is fragile.

Sent from my iPad

Jobs has recently started responding to a bunch of Apple’s products customers’ queries and fans’ emails. This practice has brought him further closer to his fans hearts. [via Business Insider]