The world is only just starting to get to grips with 4K displays and content, with the former arguably having taken a much better hold in the marketplace than the latter.

4K TVs and computer monitors are commonplace right now, but having content that you can view on them is more difficult to come by. That is not stopping the folks at LG from forging on, though, and the company has taken the wraps off of its brand new 88-inch 8K OLED display for the first time. 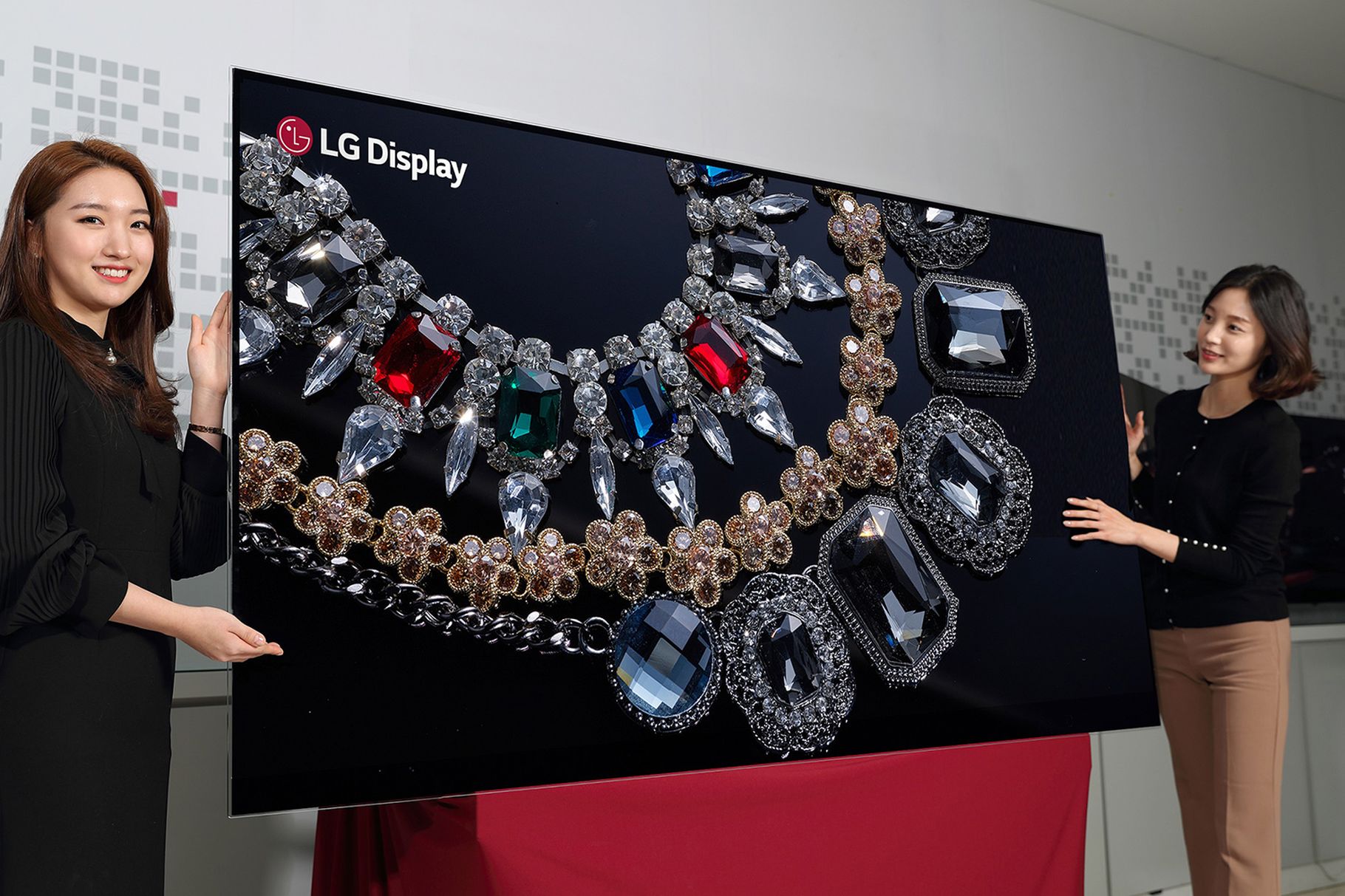 Boasting no less than 33 million pixels with a resolution of 7680×4320, this monster has 16 times more pixels than the standard 1080p display and four times that of an ultra-HD 4K offering. That’s a lot of pixels to push around, and LG made it possible by reducing the size of each pixel aperture to allow for such a high resolution without having to also compromise on brightness.

The display, as mentioned earlier, is also an OLED one, meaning that it does not need a backlight and allows for a super slim profile – something that is important when you have a screen so…massive.

“The successful development of the world’s first 8K OLED display is a milestone for the 8K era and underscores the exciting potential of OLED,” said In-Byung Kang, Executive Vice President and Chief Technology Officer at LG Display. “OLED is clearly a next-generation technology leader and for this reason, LG Display is accelerating its research and development into OLED so that we can provide differentiated products to customers and markets.”

There is of course a limited market for such a huge display, especially at 8K but that will not stop any of us from lusting after the thing. We don’t know how much it is or when it will arrive – LG Display’s PR website does not appear to be functional at the time of writing – bit we can rest fairly certain that this new display will be far from affordable.