Apple may not make a monitor anymore, but the folks at LG certainly know how to go about filling the void left by the Cinema Display. The company has today announced a new 34-inch ultrawide 5K monitor that includes support for Thunderbolt 3, allowing for a single connection to a Mac that also carries power.

LG says that its 34WK95U is aimed at professionals, and that its “ultimate 5K viewing experience is geared towards users who multitask extensively, such as video editors, photographers and software and app developers.” 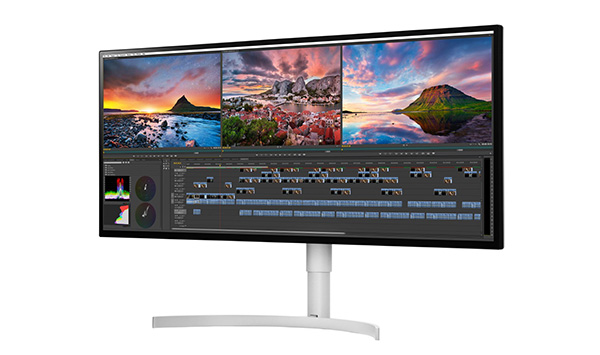 With a resolution measuring 5120×2160, the new ultrawide’s pixel count is slightly smaller than the UltraFine 5K monitor’s 5120×2880 configuration but that ultrawide ratio will come in mighty useful for people who need to be able to have multiple documents open at once, including web pages, or simply want to be able to have things like video editing timelines displayed in a way that, quite frankly, is rather ludicrous.

Model 34WK95U supports Nano IPS technology, fantastic color reproduction capabilities and HDR600. In addition, model 34WK95U features a Thunderbolt 3 port, which enables the transmission of 5K resolution images at 60Hz with a single cable. The Thunderbolt™ 3 interface is ideal for power laptop users who desire fast video, audio and data transfers without the need for a separate AC adapter. With its elegant, stunning profile, this LG monitor turns heads even when powered off, with its 4-Side Edge Borderless Design and gorgeous slim Edge-ArcLine Stand addition to its refined image.

We do not know how much it will cost yet, but we can be fairly safe in the assumption that it will not be anywhere close to cheap. If you want a display to power a new Mac Pro, whenever Apple gets around to announcing it, this may just be the perfect choice. 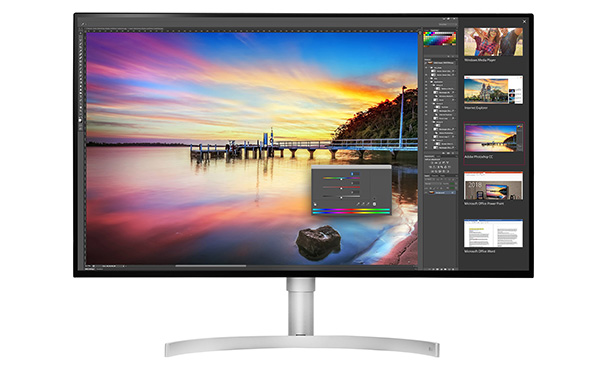 LG also announced a new 32-inch 4K monitor called the 32UK950 with roughly the same feature-set as its ultrawide cousin. The new 16:9 monitor will be the first to support 4K daisy chaining on the Thunderbolt 3 standard, allowing for two 4K monitors to be hooked up to the same system.