What do you get when you cross the fun and whimsical world of LEGO with the iconic dark and mysterious Star Wars adventures? In normal circumstances that would probably be a trick question, but if you throw an iOS device into the equation then you get the immediate availability of LEGO Star Wars: The Complete Saga. Warner Bros. has taken the excitement, adrenaline and history that is associated with the Star Wars franchise, thrown in a LEGO based environment and released The Complete Saga onto the iOS App Store for iPhone and iPad gamers to download and enjoy.

All of the original Star Wars movies are played out in the game, including the original three movies as well as the modern day prequels that managed to split the opinion of hardcore Star Wars fans. The game is available as an entirely free-of-charge download with the Episode I The Phantom Menace being offered as the free-to-play option. The remaining episodes are available to purchase as in-app checkout options as bundles. Alternatively, all available episodes can be unlocked with a single one-off in-app payment. 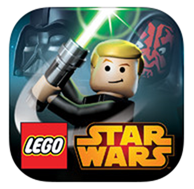 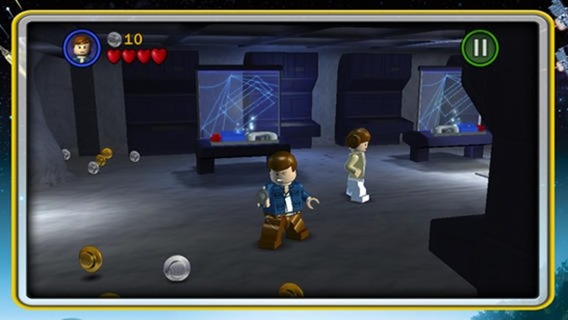 It goes without saying that interest in any Star Wars themed offering will be high, with users also having high expectations for the game itself. Warner Bros. has risen to the challenge by offering a download that maxes out at 1.44GB and features 36 different story mode levels plus tons of additional bonus content to keep things interesting. If mindlessly swinging a light-sabre with LEGO Luke Skywalker isn’t your thing, then how about negotiating with the Trade Federation as Obi-Wan Kenobi or taking part in an epic space battle above Endor? 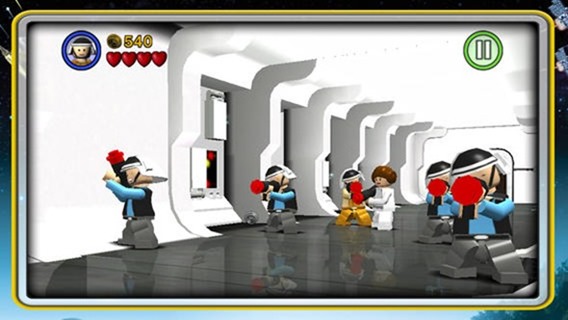 The game contains a total of 120 different characters and even makes gamers decide whether or not they will use their strong Jedi powers to represent the dark or light side in a good versus evil battle. The Star Wars tinge to the game is undoubtedly the main appeal, but it’s arguably the small LEGO touches that make the game what it is. Smashing parts of the environment results in individual LEGO bricks flying all over the screen and immediately brings back childhood memories. Warner Bros. has also bundled in a number of control options to suit all requirements. 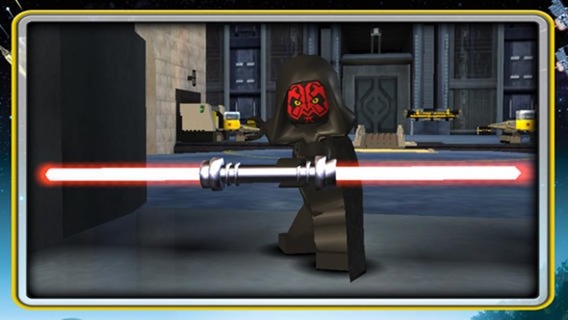 If you’re rocking an Android device, then be sure to give LEGO Star Wars a shot on it, while The Complete Saga isn’t available for Android yet.

(Download: LEGO Star Wars: The Complete Saga for iOS on the App Store)