The official announcement and subsequent release of the Galaxy S8 and Galaxy S8+ from Samsung the volume of leaks has begun to reach epic proportions.

We were recently afforded the luxury of multiple videos of the device in both black and white colors, giving us a proper glimpse of what lies ahead for fans of the Galaxy S series of smartphones. More leaks have appeared today, with no fewer than seven new images shared via the Slashleaks website.

All of the new images depict a black Galaxy S8, + model if the labels are anything to go by, in what appears to be a clear plastic case and with a screen protector applied. What lies beneath is undoubtedly something new though, and based on leaks we have already seen this is definitely the unannounced Galaxy S8.

Thumbing through the images, all of the trademark Galaxy S8 features appear to be present and correct. From a rear shot the oddly placed fingerprint sensor is certainly visible, right beside the camera lens as if Samsung is daring you to put your finger on the wrong thing.

Down one of the sides of the device is a new hardware button which is believed to be how the new Bixby AI digital assistant is invoked. 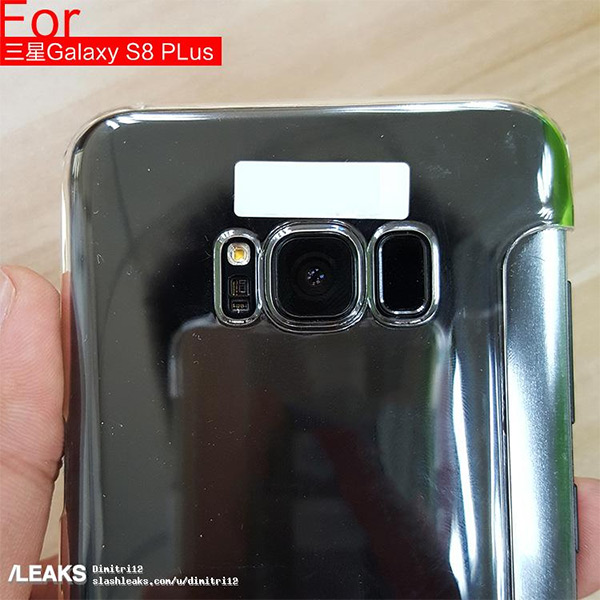 Around the front, things get really interesting. It would appear that the new software home button will remain on and visible even when the low power Always-on Display is active. This will certainly be a comforting addition for those who are accustomed to having a hardware home button available at all times. 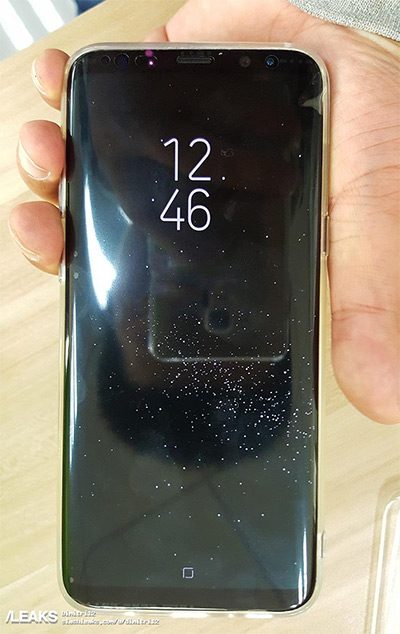 With Samsung expected to announce the Galaxy S8 at its Galaxy Unpacked event on the 29th of March, we don’t have much longer to wait until this new flagship is all official, but with the leaks coming at a rate of knots, we do wonder if there will be anything left to tell us about. 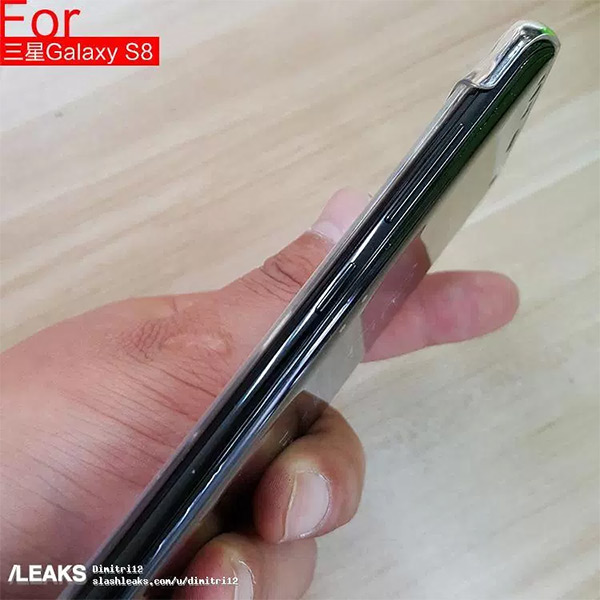 For now though, you have these photos of the upcoming Galaxy S8 in all it’s glory to check out.