Next month will see Apple announce three new iPhones and Samsung’s Galaxy Note 9 is also just around the corner, but Google also has a flagship or two up its sleeve that we would be paying attention to. One of those is the Pixel 3 XL, the bigger sibling of the Pixel 3 that will be announced alongside it, and we now have what appears to be a great look at the device ahead of its official announcement in or around March.

The new glimpse comes courtesy of a video in which the device appears to be unboxed, although the Ukrainian blogger involved appears to suggest that it is a pre-release model. 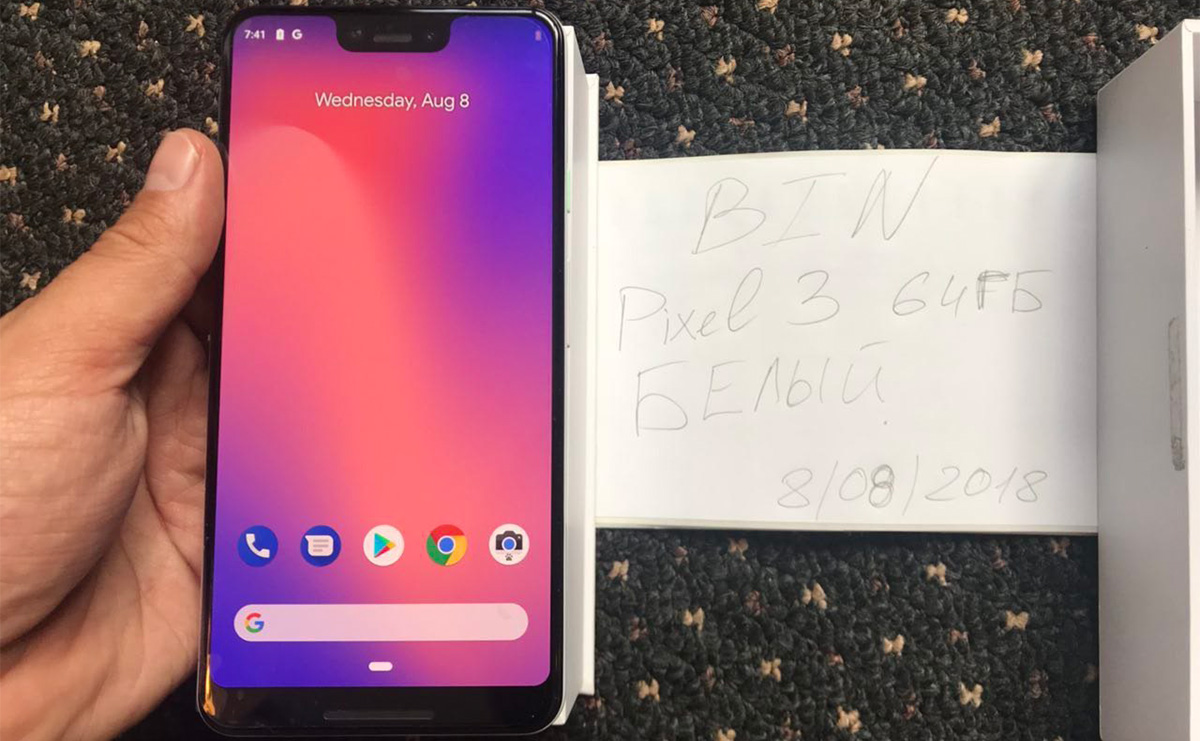 We do not yet know the exact source of the handset or whether it’s likely that the final shipping product will differ from what we see here, but we wouldn’t expect any huge or sweeping changes at this point. That means that what we see here is likely to be what we will get in October, and that means a couple of things.

Right off the bat, it looks like the Pixel 3 XL will ship with a notch that is taller than that in the iPhone X and the iPhones that will be released this year. The notch allows for an edge-to-edge display, although it has to be noted that at the bottom of the device is a noticeable chin, which has to be be disappointing to those who hoped it would not be there, including us.

Moving on, we have confirmation via the Settings app, assuming that this does represent the shipping model, that the screen resolution will be 1,440 by 2,960, with a pixel density of 494 pixels per inch.

We’d expect to see more of the Pixel 3 XL and indeed the Pixel 3 over the coming weeks and it’s noticeable that this leak appeared on the eve of the Galaxy Note 9 announcement. It may be a coincidence, but it’s also possible this was a controlled leak by the folks at Google.

Maybe I’m being too cynical.