Apple’s AirTag is now available to buy and anyone who placed a pre-order in time has likely received their new item tracker today. That means there are tons of people now playing with the little tracking puck and it also means we’re learning more about it, too. Like the fact you can drill a hole through one.

The thing that a lot of people have said puts them off AirTags, is the fact you need to buy an accessory to put them on chains and keys.

But as MacRumors notes, you can actually drill a hole through an AirTag without hitting anything major inside. Not that we’d recommend doing that, of course.

Interestingly, though, MacRumors forum member smythey has proven that it is possible to drill a hole into the AirTag without breaking it, allowing for a string or a thin key ring to be fed through the opening. The result doesn’t look very cosmetically appealing, but smythey said the AirTag seems to function normally after the do-it-yourself job.

Japanese YouTube channel Haruki has also managed to take their AirTag apart because why not? If you ever wondered what’s on the inside of one of these things, now is the time to find out! 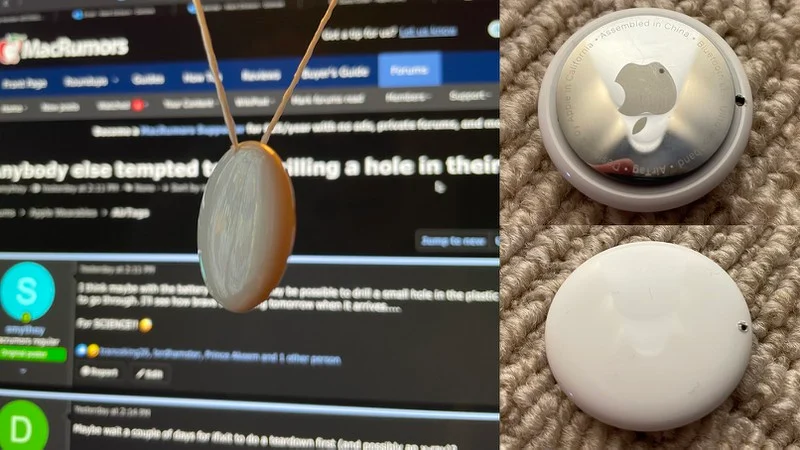 Apple’s AirTag trackers are available for order now, priced at $29 for one and $99 for a pack of four.