While the majority of the attention is on Apple’s iPhone announcement next week, we do know that there will be some other hardware announcements either during the same event or via an event that will take place at some point afterward.

No matter when it happens, we’re pretty sure at this point that we will be seeing at least one new iPad Pro in the coming weeks, and likely two with an 11-inch and 12.9-inch monster refresh on the horizon. Following weeks of rumors, MySmartPrice has collaborated with Onleaks to create a rendered mockup of what it is believed the new devices will look like.

Of course, while nobody has seen the new iPad Pros yet, meaning we have to lend these renders a little bit of skepticism, we do know that the sources provided Onleaks with various bits of information regarding what the iPad Pro refresh will entail. The renders are based on that information rather than pure guesswork which should, theoretically, mean they are more accurate to what Apple will announce. We won’t know for sure until that happens, though.

So what do the renders show? For starters, there’s the lack of a Home button which is something we’ve been expecting and, as a result, there is also Face ID included, although there is no notch.

We also see smaller bezels than previous iPads, continuing Apple’s push to eradicate them altogether. We also see a more squared approach to the edges of the device, reminding us of earlier iPads which we definitely appreciate. 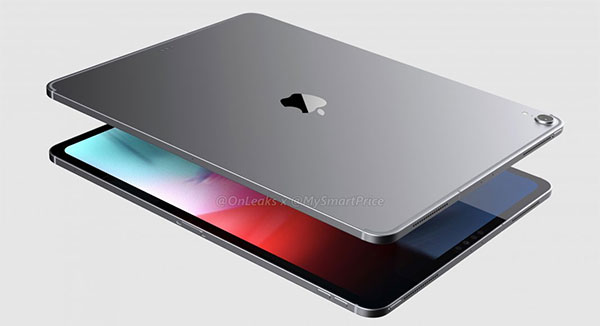 Other less interesting changes are the moving of the SIM card tray, altered antenna lines for the cellular model and a relocated Smart Connector. All of this has plenty of scope to be inaccurate though, so we’ll just sit and enjoy the pictures rather than believe we’re definitely looking at the new iPad Pro here.