Despite having not released any new material for quite a while now, the wacky pop star Lady Gaga remains a press reporter’s dream. Famed for her unusual outfits and antics as well as her chart-smashing success, she has a legion of fans she affectionately refers to as "little monsters," and on a social network created especially for her superfans, Gaga has announced her next album will be released as an app for Apple’s iPhone and iPad.

The album, named Artpop, will be an app specifically tailored for the Cupertino company’s famed iOS devices, what better way for Apple to draw more publicity this Fall than through The Fame Monster herself?

It will, of course, also be released in the traditional formats, so you’ll still be able to pick up Gaga’s next album on CD, Vinyl, or whichever of the many digital stores you frequent online.

More than just the music, Artpop for iPhone, iPad and iPod touch will be a fortified Gaga experience which any die-hard fan would not want to miss. The interactive album looks set to be released in the Spring of 2013, and according to the notes over at littlemonsters.com, will include "chats, films for every song, extra music, content, gaga inspired games, fashion updates, magazines, and more."

The Artpop app is said be "mobile and computer compatible," although it’s unknown whether that means it will be released for Android or Windows Phone 8.

Adding a personal message, Gaga urged fans to put the iPad on their Christmas lists, and speaking of the fruit company’s tablet, it is widely expected Apple will refresh the device when it launches the iPad Mini sometime in October. Although changes may not exceed a new, smaller dock connector and a slightly more efficient battery arrangement, it may still sell well to those unimpressed by the stripped-down iPad 2. 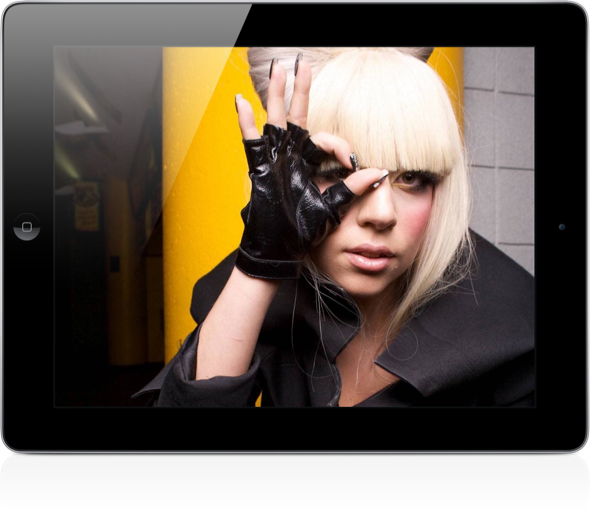 This isn’t the first time an artist has gotten developers to create an immersive experience for fans, and it’s a trend that, as mobile devices become even more commonplace, we’ll undoubtedly see more of. Musician Sting released a free Sting 25 app including photos, interviews, journal entries, and concert clips, and given Gaga’s incessant need to show off, expect more of the same with Artpop.