Kodi And DRM: Here’s What Is Exactly Happening

You may remember that we told you earlier this month that Kodi, the popular media playback app that is available for just about all the major platforms, was working on ways to incorporate low level DRM. The folks behind the app have now taken to a blog post in order to better clarify their position.

The upshot? Kodi may have a way to take advantage of DRM capabilities provided by other apps or operating systems in the future, but that it will continue to play anything you throw at it.

In a lengthy blog post in which YouTubers and technology blogs are taken to task over the coverage of Kodi’s plans for DRM, Team Kodi outlined the battle between remaining open to non-DRM files and the media libraries people currently own while trying to ensure Kodi is not miss-labeled as a software which is built with piracy in mind: “Kodi is not a piracy platform. It enables piracy the same way Firefox and Chrome do.”

What the folks at Kodi are trying to do now, according to the blog post, is to find a way of leveraging existing DRM capabilities within things like operating systems and web browsers, enabling those solutions to handle the DRM side of things while Kodi itself handles the actual playback and control of the media in question.

This, in theory, would allow a device such as an Android phone to authenticate a Netflix stream, but with that stream being viewed via Kodi.

For example, Android ships with software that plays back DRMed content from Netflix. Kodi could hook into this already existing software in Android to playback the same content, so you never have to leave Kodi. As another example, in Windows, there isn’t a very good 10-foot interface for Netflix, but if you have installed Chrome, you can watch Netflix from your desktop. Supporting low-level DRM means that Kodi could hook into the binary blob inside Chrome and use it purely for handling the DRM while video playback and control stays with Kodi. 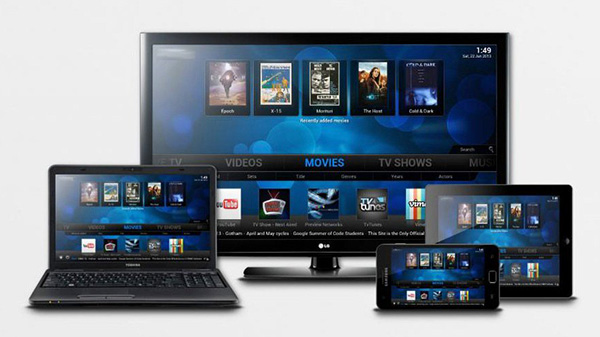 If all that sounds complicated, it’s because it is, and there is a debate as to whether it is actually ethical to follow this route or not. The team has however stated their formal stance on DRM and Kodi:

Team Kodi is currently talking about this among themselves, but if you want to have your say, there is a forum discussion you can participate in. If you feel strongly about this on either side of the fence, that would be a good place to voice your concerns or ideas.