Remember Knock, the cool little app that allowed you to unlock your Mac by knocking on your iPhone? Well today, it has been dealt quite a major update which brings similar functionality to the upcoming Apple Watch.

Numerous apps have already been prepared for the Apple Watch, with developers scrambling to grab a portion of the market for the brand-new gadget out of Cupertino, and while many new experiences are being prepared for the wearable, a number of pre-existing apps are also being configured to suit the wrist-worn device. 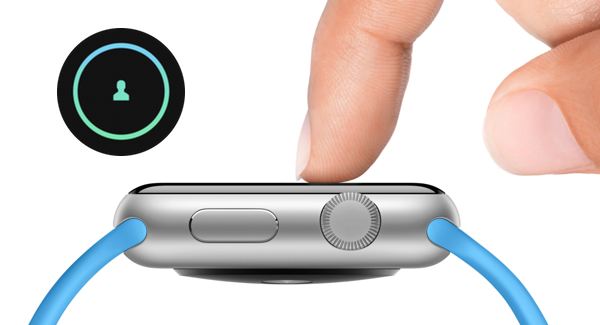 Knock, which first garnered attention back in 2013, touted an interesting concept that allowed Macs to be unlocked with a simple knock on an iPhone’s display. Playing on the idea that a user will likely place their phone upon a desk before logging into their OS X machine, the app has brought a touch of finesse to proceedings, as well as being quite an obvious time-saver. 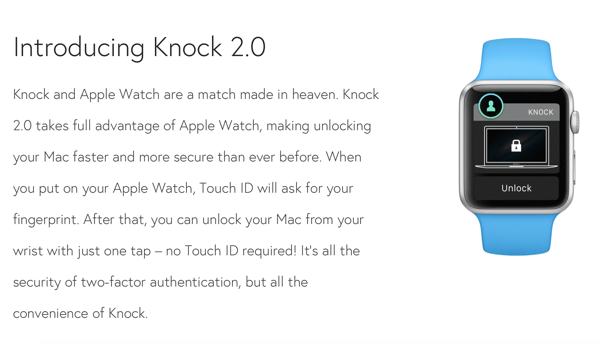 Now, Knock has been updated with Apple Watch support, and since you’ll probably be wearing the gadget all day long, will save you the tedium of having to type in your OS X password every time. Version 2.0 of the app, requires Touch ID (or passcode) authentication at first use, but once you’ve been paired up, you can tap to unlock with consummate ease, and in effect, you get the oft-mentioned two-factor authentication while only needing to use Touch ID the once.

There’s also Admin Password support, so beyond unlocking your machine, you can also use the app to authenticate the installation of certain software and the altering of preferences within OS X. 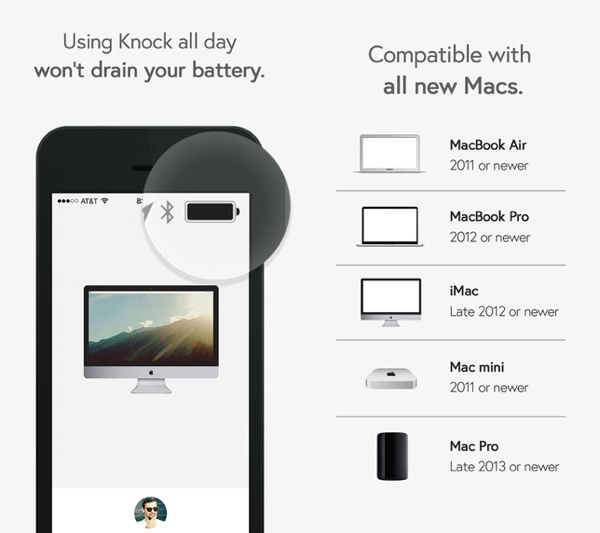 As with most updates, you get your usual array of bug fixes and performance enhancements, so in downloading and installing Knock 2.0, expect a slicker overall experience than ever before.

There are certain minimum requirements in terms of hardware, of course. You will need a 2011 MacBook Air, Mac mini / 2012 MacBook Pro, iMac or newer;. The latest, ‘trashcan’ Mac Pro is the only model of the top-end machine that will work with Knock, and you’ll need an iPhone 4s or newer if you wish to install the app.