Digitimes is at it again! Today, the daily newspaper from Taiwan reports that a Kinect-like motion sensing device will come along with the PlayStation 4 when it launches, reportedly, in 2012.

The Taiwanese newspaper cites an unnamed source who claims that the successor to the PS3 (which is probably just going to be the “PlayStation 4”) will feature a motion-sensing input device very much similar to Microsoft’s Kinect offering for the Xbox 360.

Now this is interesting, Sony gave motion-sensing a try with their Move controller which was announced in 2009. The Japanese company followed Nintendo’s “wand-like” motion controller instead of, you know, using the gamer’s body itself as a controller, which Microsoft’s Kinect does so expertly.

It is expected that the Kinect-like device will be branded as a major upgrade to the PlayStation Eye, which is basically a webcam that does limited motion and gesture tracking.

If this does end up to be true, it would mean that Sony finds Microsoft’s approach to motion-sensing much more fascinating than Nintendo’s, which is something we wouldn’t disagree with: Kinect is an utterly fascinating piece of technology. 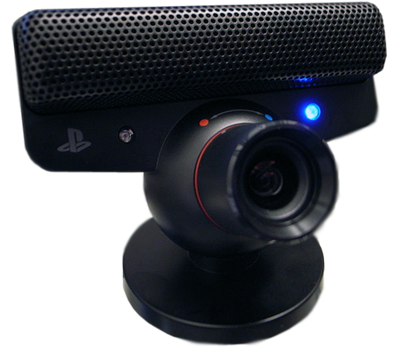 According to the “Taiwan-based component makers”, the PlayStation 4 will go into production as early as late 2011 with a launch set for sometime in 2012. Digitimes also goes on to say that there will be “at least” 20 million units shipped in 2012.

Sony will have Taiwan-based partners begin production of PlayStation 4 (PS4) featuring body movement-based control like Kinect at the end of 2011 for launch in 2012, according to Taiwan-based component makers.

Foxconn and Pegatron Technology, assemblers of PS3, will undertake assembly of PS4 as well, the sources pointed out. The planned shipment volume of PS4 in 2012 is at least 20 million units, the sources indicated.

The last bit, of course, seems unlikely. The PlayStation 3 is still going strong and, well, it’s just too early for the PlayStation 4 to be launching in 2012. A more likely launch year would be 2013.

This is just my personal opinion. Who knows! The PS4 may just release in 2012, as Sony CFO Masaru Kato confirmed at a recent earnings call that the PS4 will well under development. Keep in mind that Microsoft is expected to announce the next-gen Xbox at E3 next year.

As a reminder: this is a rumor. Take it with a pinch of salt.