The well-known iPhone hacker and jailbreak community member tihmstar has followed up a previous teasing video with the full release of JailbreakMe 4.0. Described as a “fun project,” the solution should, “in theory” allow anyone running a 32-bit device with iOS 9.1 to iOS 9.3.4 installed to easily jailbreak that device.

Like all of the “JailbreakMe” solutions which have preceded this, tihmstar makes use of a bug within Apple’s Mobile Safari to build his solution that is viewed and executed through the same browser at jailbreak.me. 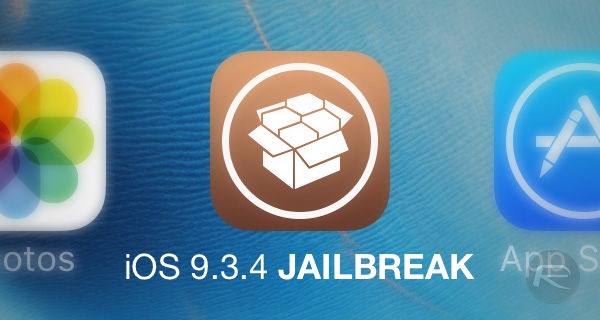 A user with a compatible device running a compatible version of the iOS platform is invited to head on over to that website through Mobile Safari on the device and simply tap the “jailbreak me!” button. The rest of the process is then executed directly on the device and should leave it in a liberated position. Simple, easy, and extremely fun to watch in progress. Of course, this is modern jailbreaking, so it wouldn’t be right and proper without the solution coming with some pretty important caveats of use. First of all, as expected, tihmstar stipulates that “this was a fun project” and that it is now “released with absolutely no support!”. That last bit is really important to remember. Typically speaking, jailbreak developers and researchers put countless hours of work into producing something to benefit the whole community and will go through iterative releases to iron out bugs and ensure that it’s as stable as can be.

That simply isn’t going to be the case here, meaning that this new JailbreakMe 4.0 solution is offered with no support whatsoever and absolutely no guarantee that it will successfully jailbreak the device. tihmstar also advises using the existing HomeDepot or Phoenix jailbreaks for those same devices running the same versions of iOS if this solution isn’t successful. After all, this was just a hobby project with no real value considering the supported versions of iOS were already jailbreakable using other jailbreak tools. 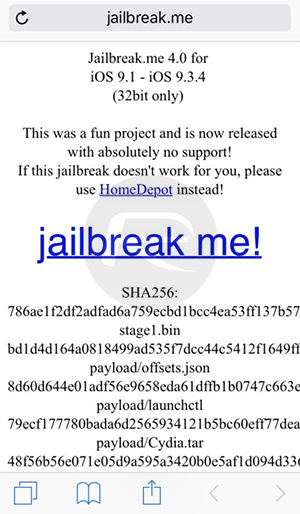 It is, however, another exciting development in the jailbreak community which shows that there is still talent plugging away and still experimenting with what it is actually possible. When you put this release alongside Ian Beer’s iOS 11.1.2 exploit which will potentially lead us to first public jailbreak on iOS 11 and iPhone X, then you’ll know that jailbreaking is far from dead as made up to be by many.

Check out the video below for instructions on how to proceed with this jailbreak on your iOS device. Disclaimer: It’s a walk in the park!