How To Prepare For Electra iOS 11.3.1 Jailbreak

Here’s how to prepare for upcoming Electra iOS 11.3.1 jailbreak for iPhone, iPad and iPod touch the right way ahead of its release.

If you are a jailbreak fan, then you are likely already aware that developer CoolStar has already confirmed that Electra is going to be updated to support iOS 11.3.1 thanks to excellent work from Ian Beer and Min Zheng. 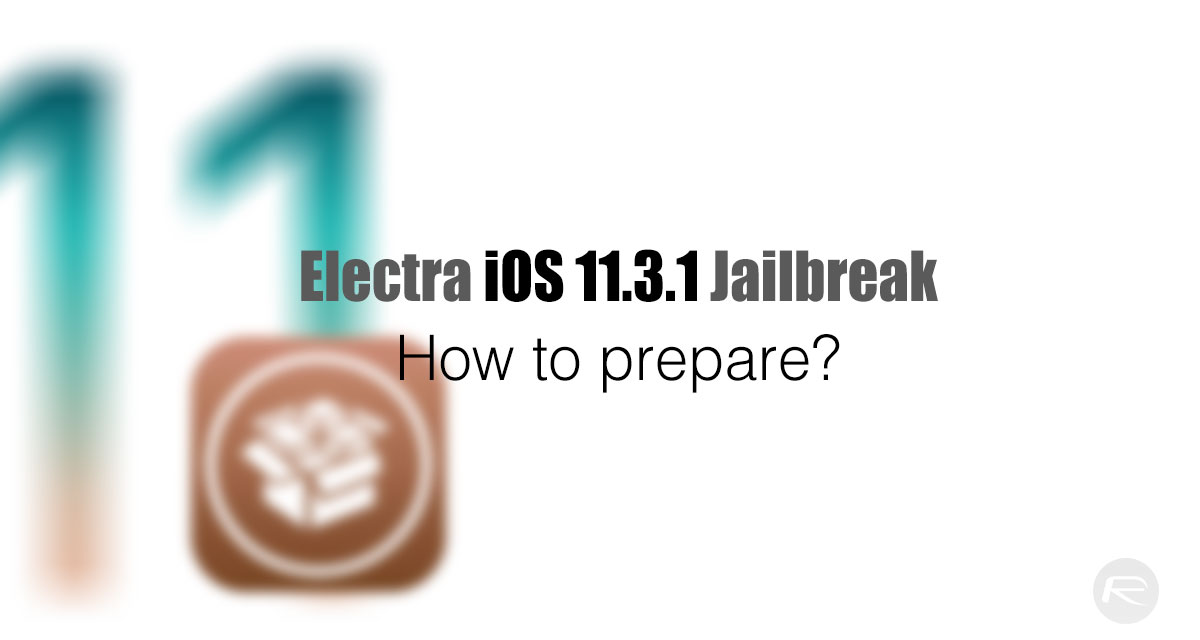 If you are planning on jailbreaking, then you will definitely need to read through this guide to prepare yourself and your device. If you are excited by the prospect of an iOS 11.3.1 liberation and are in ownership of an iPhone or iPad that would seriously benefit from a little bit of freedom, then you need to read the steps below.

You can’t be jailbroken on iOS 11.3.1 if you aren’t physically in possession of a device which is running iOS 11.3.1. Makes sense, right? So, with that in mind, you will need to downgrade your current device to iOS 11.3.1 in order to prepare it for the ultimate liberation. And, the important part, you will need to do this sooner rather than later as long as Apple is still signing the iOS 11.3.1 firmware. Apple usually closes signing window pretty soon so you better downgrade sooner rather than later.

For instructions on how to downgrade to iOS 11.3.1, check out our guide on the subject here.

This part doesn’t really matter for a lot of average device owners but it’s vitally important for jailbreakers. SHSH2 blobs for iOS 11.3.1 can only be saved for the said firmware till Apple is signing it, and will come in handy if you ever need to upgrade to iOS 11.3.1 later from a jailbroken firmware such as iOS 11.1.2 even if Apple stopped signing iOS 11.3.1 firmware. You can get information on this from our previous guide here.

Once the above actions are complete it’s a case of waiting patiently for the new Electra version to drop. We’ve already confirmed that CoolStar is going to put Electra through an update to support iOS 11.3.1 but we have no real timescale for that to happen. Ian Beers’ iOS 11.3.1 exploit is due to be made public during the WWDC week, which means that serious work on Electra can likely start next week.

The waiting part is, unfortunately, the worst part. With that said, jailbreakers are becoming accustomed to having to sit around and wait, meaning that they should have mastered the art of being patient.