ARM has today taken the wraps off of its latest mobile CPU, the Cortex-A76, and if a new set of benchmarks rating the high-end chip with the iPhone and Android handsets are anything to go by, Apple can rest easy.

The clever folks over at AnandTech have been able to produce some projected benchmarks, comparing the new Cortex CPU with Apple’s A10/A11 and the best of the chips used by flagship Android devices including the Snapdragon 845 and Exynos 9810. 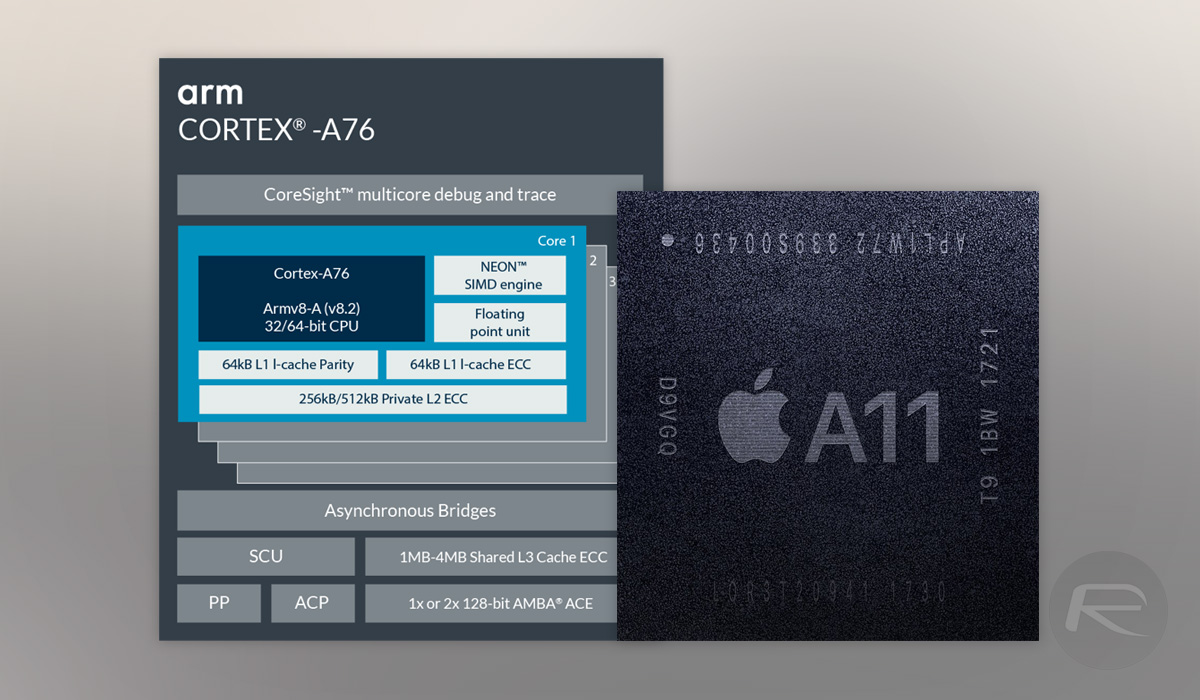 According to the numbers put together by AnandTech, Apple looks to be a good two years clear of the competition as far as raw CPU performance is concerned. As can be seen from the chart that has been put together, Apple’s A11 is a clear winner.

In fact, the new Cortex-A76 is only able to match Apple’s A10, last year’s high-end CPU that was used in Apple’s iPhone 7 and iPhone 7 Plus, launched back in September of 2016. In fact, by the time ARM’s new chip will be in circulation, it’s a fair bet that Apple’s A12 will be in use, a release that will surely increase the company’s lead over the best of the rest. Based on that, a two-year lead is something Apple can be pretty proud of.

Apple’s advantage comes from a more desktop-like design than Arm would dare to do. Apple has that luxury because they are “selling” the chips to themselves without any markup. This allows them to spend every dollar on raw materials and build larger chips.

Apples A11 Mistral (high efficiency) cores are bigger than these Cortex high performanced cores. [These] are much more similar in architecture to the Core i7 CPU’s from intel – from the reorder buffer to a much wider input. They look like desktop cores, and were always designed with desktop-like performance in mind. This has been the case since the A7 went 64 bit (and not because it’s 64 bit)

However, one Redditor did have problems with the comparison, pointing out that the Apple A10 is a system on a chip, including a GPU. This could perhaps skew the results, but regardless, it’s clear that Apple’s chips have no equal and are unlikely to for some time to come. 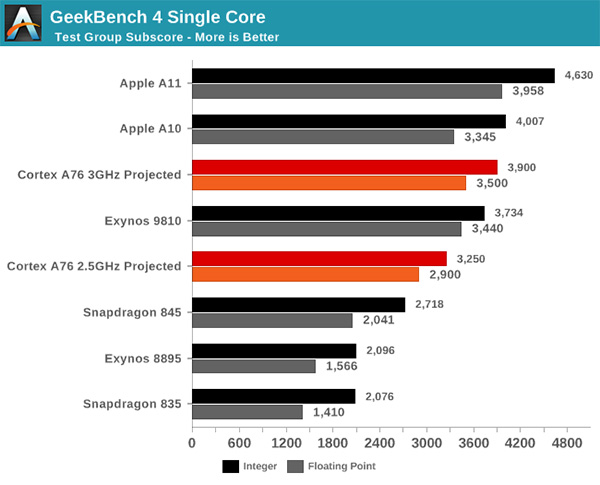