Adobe has confirmed today via their official blog that ongoing support for mobile Flash will discontinue almost immediately, meaning no official support will be given to the recently announced Android 4.1 Jelly Bean OS.

Adobe didn’t hesitate to go public at the back end of last year with their future plans for mobile Flash, producing a statement that made it crystal clear that the company would free up development resources and focus them entirely on developing their PC and desktop versions of Flash. Within the same announcement last November, it was made clear that mobile devices haven’t been entirely disregarded, with Flash still being supported for mobile apps that are built on Adobe Air. 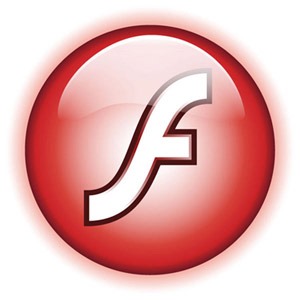 In the blog post published today, Adobe employee taljaber explains a little bit about how Adobe Flash works on mobile devices, elaborating on the fact that devices that ship without Flash as a native experience have not undergone official testing requirements and therefore provide a detrimental experience to users. Flash Player has been available on the Google Play Store for those devices which ship without Flash by default, but that is about to change:

With Android 4.1 this is no longer going to be the case, as we have not continued developing and testing Flash Player for this new version of Android and its available browser options. There will be no certified implementations of Flash Player for Android 4.1.

This move by Adobe doesn’t represent an entirely doom and gloom situation. Adobe will use configuration settings of the Google Play Store to make sure that Flash updates are continued to be pushed out to those users and accounts which already have the software installed until August 15th. After August 15th, no new installation of Flash will be allowed from Play Store.

Devices that do not have Flash Player already installed are increasingly likely to be incompatible with Flash Player and will no longer be able to install it from the Google Play Store after August 15th.

This move from Adobe definitely points in the direction that HTML5 is undoubtedly the way forward when it comes to mobile devices such as smartphones and tablets. As more content providers migrate away from using Flash on their sites, this update hopefully shouldn’t cause too much of a fuss of inconvenience to Android fans.

And in case you are still wondering, yes, Steve Jobs was right about Flash all along.