Android Jelly Bean (4.1) has been ported through to a plethora of devices in its rather short lifespan, and those in ownership of the relatively new Samsung Galaxy S III will be pleased to learn that the latest and greatest iteration of Google’s market-leading mobile operating system can now be unofficially installed on the International handset. Well, sort of.

The S III was arguably the most anticipated Android device of 2012, and although it was met with mixed reviews when it initially surfaced last month, early sales have been very strong, indicating consumers at least are more than happy with the Korean company’s quad-core powered, HD Super AMOLED displaying, flagship smartphone. 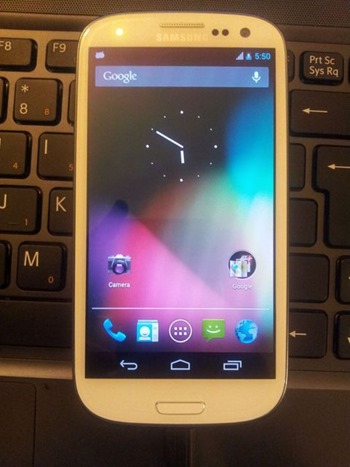 Jelly Bean is a reasonably significant update on Android Ice Cream Sandwich (4.0), which itself struggled to reach devices as quickly as Google would have liked, largely due to vendors taking excess time to install their own third-party software onto ICS before offering over-the-air update. The Big G has openly sought to quell this trend, encouraging manufacturers to put more emphasis on competing in the hardware stakes, while having more influence on how its software is distributed to devices in order to prevent another series of ridiculous delays.

Those rocking an International Galaxy S III (model number i9300) can install Jelly Bean right now thanks to the endeavors of the Android community, although since it’s only just been ported, it’s a little rough around the edges. For example, while the touchscreen, ADB, SMS, and the cellular radio all work, other significant features – such as Wi-Fi, Bluetooth, Audio, Camera and NFC do not, so you won’t be able to make calls, connect to your home network or take photos or videos.

If your S III isn’t the i9300 edition, then do not install – it will not work. Furthermore, it’s not recommended you install this on your daily driver, so if you’re lucky enough to have an S III just knocking about (we suspect you’re in the minority), then download the port from the source link below in order to get started.

If you get stuck at any point along the way, or wish to contribute to the development of the port, then please check out the official thread over at the XDA Developers forums.