Google recently announced the next version of Android, 4.1 Jelly Bean, at their I/O 2012 conference in San Francisco. It will initially only be available for the Nexus S, Galaxy Nexus and Xoom devices. Updates for devices from other manufacturers will come much later on, if they do come at all.

The news comes from XDA Developers in the form of a thread in which a developer who goes by the name tgascoigne released his port of Android 4.1 Jelly Bean for the One X. 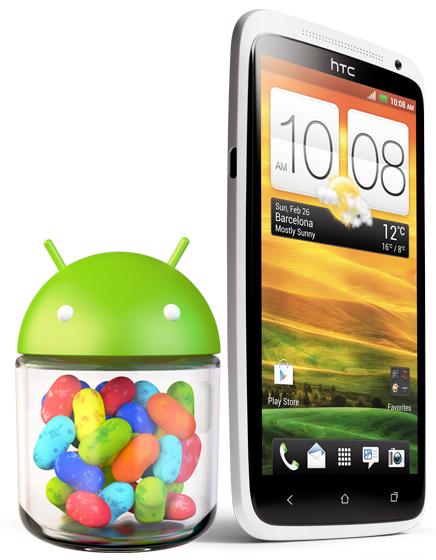 The ROM is based on the /system image that was uploaded yesterday by another developer who received a Galaxy Nexus preloaded with Jelly Bean for free at Google I/O. Within 24 hours, the image has been transformed into a bootable ROM for the HTC One X.

Because of the short development time and lack of resources, this is not at all a stable ROM. Wi-Fi, Audio, Camera and “probably more” things do not work. As such, it is not suitable for use as a daily driver. Unless you’re flashaholic, you’re better off waiting for HTC’s official update to Jelly Bean for the One X which should take a few months. On a very serious note, we don’t really recommend that you go ahead and flash the ROM on your One X, unless you’re really tempted to do so. We have warned you beforehand. 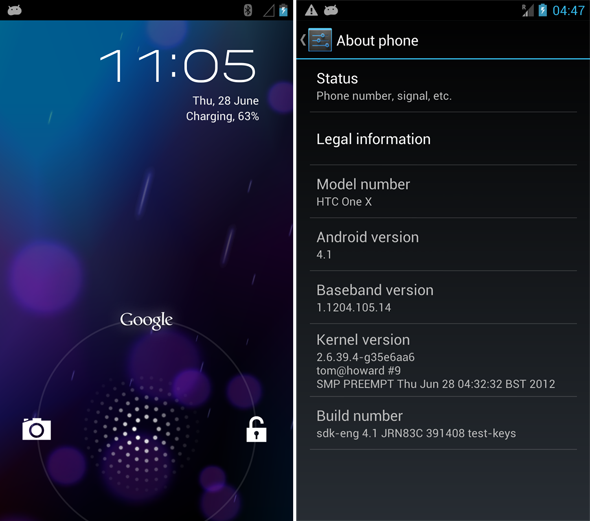 However, those of you interested in checking out Jelly Bean’s new features may try it out for the sake of it. Details and a download link for the ROM can be found over on the official thread on XDA.

Android 4.1 Jelly Bean was announced at Google I/O yesterday. It’s not as revolutionary an update as Ice Cream Sandwich, but the new features go a long way in making Android an even better mobile platform. Features like Project Butter for a much smoother UI, offline voice typing and a much more powerful notifications drawer are some of the highlights of the update. We’ve discussed these and the other minor-but-still-important in our post here.