There are two big smartphones that have found their way out into the market over the last few weeks, with the iPhone XS Max and Pixel 3 XL not only commanding a lot of space in pockets but lots of headlines, too. The two flagship smartphones are going to spend the next year duking it out with competition from the likes of Samsung set to give them both a run for their money in a few months.

Right now, though, it’s all about the two heavyweights going head-to-head, and YouTube channel PhoneBuff has taken the time to pit the pair against each other in a speed test. 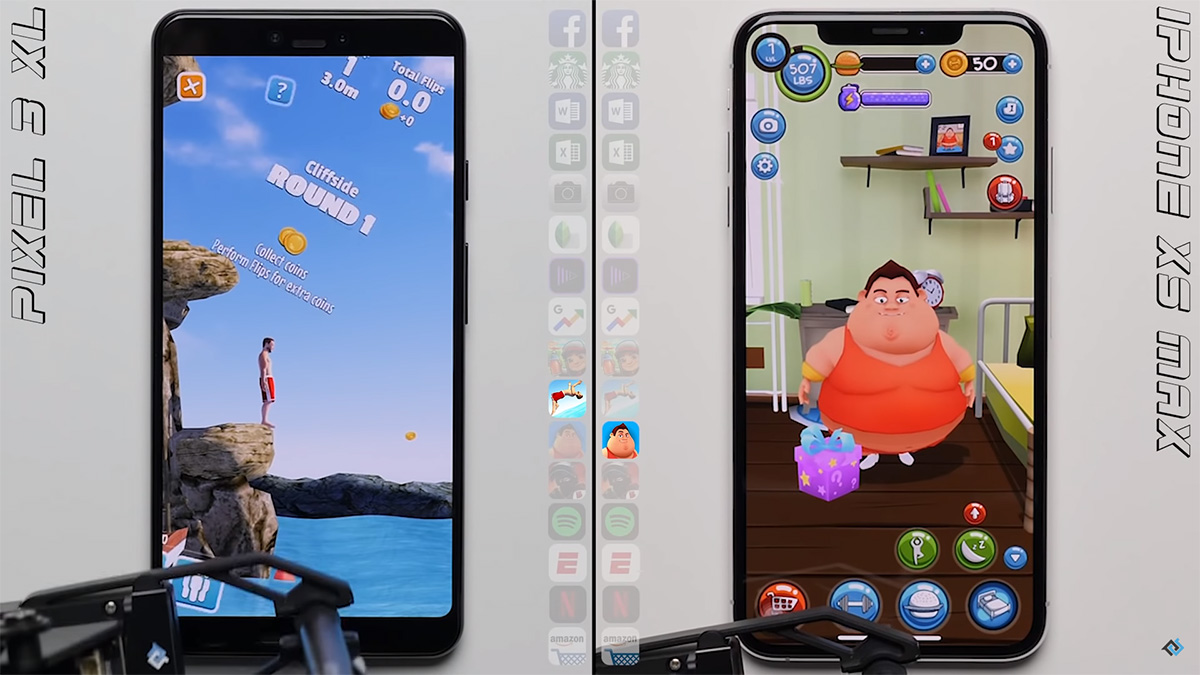 If you’re not familiar with the way PhoneBuff conducts tests, the idea is that both phones are pre-loaded with the same apps and then forced to launch each of them in order, Then the same thing is done again in reverse order to see how many apps were kept in memory and how that affects the supposed real-world use of both devices. We’re dubious about the validity of such tests and that’s even before you get into the differences between the way apps are built and work across Android and iOS, but we do have to give PhoneBuff credit for doing things in style – there’s a robot doing all of the tapping, after all – bringing more accuracy than usual to such side-by-side real-world speed comparisons.

The result saw the 4GB RAM-equipped A12 Bionic-powered iPhone XS Max absolutely crush the 4GB RAM-equipped Snapdragon 845-powered Pixel 3 XL in this particular test, something that may or may not come as a surprise. We’re not sure that this should be enough for anyone to make a buying decision, but it makes for interesting viewing regardless.

Check the full video out to see how the iPhone XS Max chews its way through PhoneBuff’s test and make a decision for yourself – does this test really give us an idea of real-world performance?