It’s almost a given that any new smartphone being introduced to the market will come with an improvement to the included processor as a minimum specification increase. When Apple took to the stage during its September 12 event, the focus was on the introduction of iPhone X where it was announced that it would ship with a 6-core A11 Bionic chip.

We expected improvements in comparison to older hardware, but not to this extent. 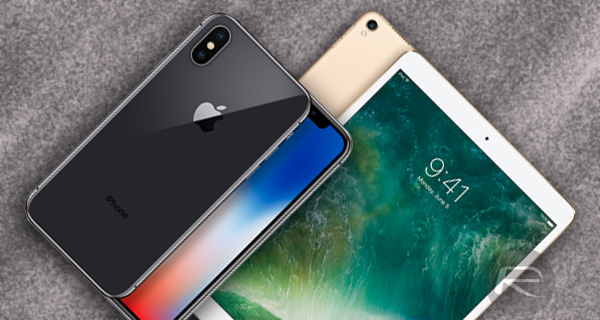 The Geekbench scores for Apple’s new device, as well as older devices that it essentially replaces, and other hardware that the company has on the market, clearly show that Apple’s iPhone X, iPhone 8, iPhone 8 Plus and their internal A11 Bionic chip offers the improvements and performance gains that the company promised and is known for. The A11 Bionic chip significantly outperforms the A10 found in iPhone 7 and iPhone 7 Plus and even surpasses the performance offered by the A10X Fusion chip in Apple’s other flagship hardware, the 2017 iPad Pro models. Not just that, it’s even on par with the latest 13-inch 2017 MacBook Pro.

We recently took a view of how iPhone X compared against Samsung Galaxy Note 8 and Galaxy S8. In those tests, Apple’s A11 Bionic chip clocked up an average single-core score of 4061 across Geekbench tests. It also managed to notch an average multi-core score of 9959.

Impressive enough, but what is even more impressive is that new tests have now brought back even higher results showing exactly what the A11 Bionic is capable of, as can be seen in the screenshot below: 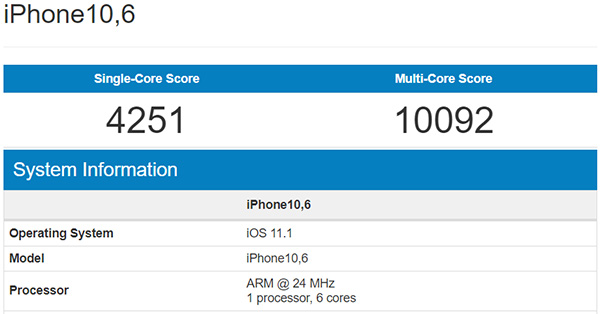 In comparison, the 10.5-inch iPad Pro, with its impressive A10X Fusion chip, clocked up an average single-core score of 3888 and a multi-core score of 9211.

And here are benchmarks from 2017 13-inch MacBook Pro:

There is no guarantee that this actually translates perfectly to real-world performance when devices have apps, documents, data, and other information stored, but it’s a wonderful early indication that we can expect blistering performance on iPhone X, iPhone 8 and iPhone 8 Plus.