Rumors in the tech industry serve as a double edged sword. In one place, they build up confusion and raise false hopes thanks to their innate nature, but on the other hand, they are also responsible for generating the hype around a product, developing public interest, keep people on the edge of their seats in anticipation, and, to some extent, give creative ideas to the manufacturers themselves. The Cupertino fruit company has never had a shortage of the rumor mill when it comes to anything that’s released, or about to be. Akin to various other manufacturers, Apple, too, has maintained a solid schedule of releasing one new generation of the iPhone almost every year, and just like with every release, you get a good dose of rumors.

When the last year’s iPhone 5 was released (labeled thus despite it being the 6th generation of the device), immediate speculations started surfacing pertaining to a new iPhone 5S coming up in 2013, accompanied by a low-budget version of the iPhone targeting emerging markets. The latter seemed to have been encouraged by Apple’s announcement of the iPad mini, which essentially provided a smaller, lower-cost model of the famous tablet. In correlation to the iPhone 5S rumor, a new one had been circulating around, too, claiming that the Cupertino company might also be working on something what the rumor mill pit as ‘iPhone Math’. Rumored to be a device with a massive 4.8” screen and an improved, proprietary 12-megapixel camera unit, the device appears to be, well, a rumor, but that didn’t discourage creative minds from coming up with their own renditions of the concept. 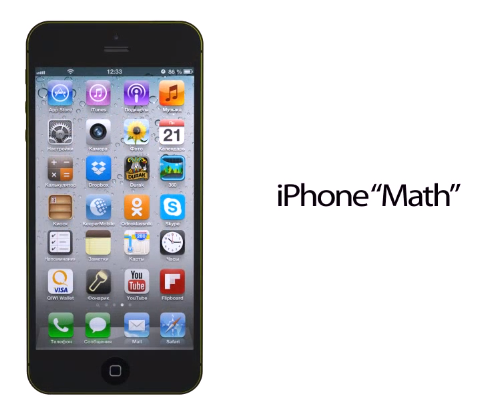 Russian website AppleDigger (via MacRumors) decided to take the rumor and come up with their version of what the supposed ‘iPhone Math’ could possibly look like. The blog has in fact a complete mock up video of what the giant iPhone might look at, what would distinguish it from the rest, and even takes a jibe at how Apple might go about promoting it (yes, you guessed right – another row of icons on the home screen!). The mockup also seems to suggest that ‘iPhone Math’ would have a 12-megapixel shooter at the back, and would come in different colors, just like the 5th-generation iPod touch. 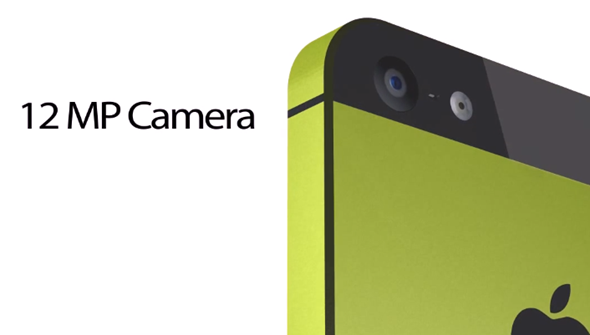 While it’s more likely to be a rumor that might never see the light of day, it’s interesting to note how much Apple followers love to play around with even the rumored stuff from the fruit company, and how much creativity they put in getting things out that might even give the manufacturer an opportunity to evaluate whether to go down that road or not. Whether Apple will ever consider entering the larger-screen race or not, time will tell. For now, just enjoy the video below.