Everyone likes a good trailer, and the people behind Call of Duty certainly know how to make a good trailer. The latest one for the upcoming Revolution DLC is no different, and you can watch it right now.

Call of Duty: Black Ops II is already one seriously popular game across every platform it’s been released on, and it’s almost guaranteed that any DLC for the game will be equally well received. Revolution is the DLC that everyone’s talking about right now, and the hype machine is already in full swing. 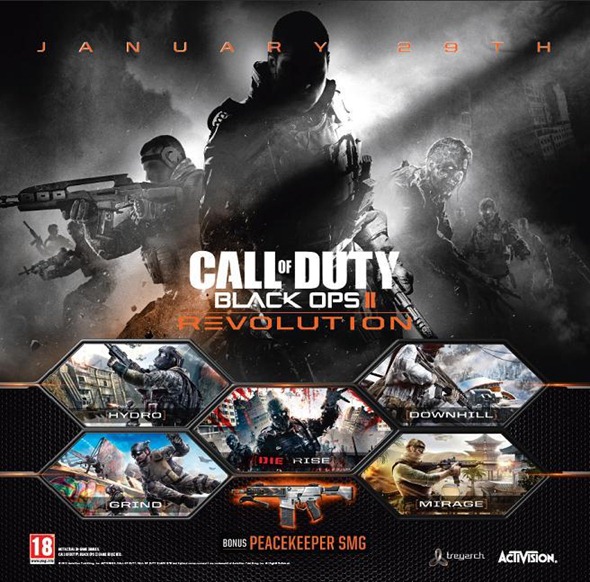 Today sees a new trailer released for the Revolution DLC, and in typical Call of Duty style it’s a little different, and by different, we mean absolutely awesome.

Carrying on with existing theme of using high profile actors to push the Call of Duty franchise, Fargo actor Peter Stormare plays ‘The Replacer’ in the new ad. The Replacer’s job is to fill in for you when you’re just too busy playing Call of Duty. We’ve all been there – you’re on an epic streak and you’re forced to stop playing because you’re about to have a baby! Not anymore, not with The Replacer in town.

Xbox 360 gamers can look forward to being able to download the Revolution pack as of January 29th, but if you’re a PC or PlayStation 3 gamer then you’re going to have to wait a little longer, with the DLC arriving on those platforms in February. 1,200 Microsoft Points will get you the Xbox 360 version next week, so get those credit cards primed!

The Call of Duty franchise has proved ridiculously popular over the years, spawning all manner of spin-offs and DLC across every platform imaginable. Call of Duty merchandise sells like wildfire, and we fully expect this particular DLC to perform just as well in the sales charts. Everyone loved a good multiplayer game, and the these folks certainly know how to make some great DLC maps.