iPhone Seeing Major Price Cuts In Anticipation Of Next iPhone

Prior to the release of any new device, the current batch always get its prices slashed so as to shift as many as possible as a kind of last hurrah, and it appears the iPhone 4S is entering its twilight phase. The iPhone 4, which has been around for over two years now, has seen price cuts here and there for a while, but the current flagship device, which released back in October of last year, has remained pretty much the same price hitherto.

The next iPhone is expected to be announced in the next month or two, and from what we’ve managed to gather, it will be quite a considerable upgrade. Despite packing in a better camera, a dual-core processor, Siri, and offering up to 64GB of storage space, there’s little doubt the iPhone 4S was an incremental improvement on the iPhone 4, and although the form factor of the next iPhone doesn’t look as though it’s being completely overhauled, there’s enough aesthetically to please the design-conscious.

It will almost certainly be the first iPhone to ditch the 3.5-inch display, and although the Retina display will remain the same width, it will be slightly longer, driving the display up to 4-inches or thereabouts. We can say with a degree of certainty that the headphone jack will move toward the bottom of the device, situated next to a smaller dock connector, although it’s still anybody’s guess whether it’ll be a 19-pin or 16-pin affair. The FaceTime camera will likely be central as with the iPod touch, and to literally wrap things up rather beautifully will be an aluminum unibody backplate. 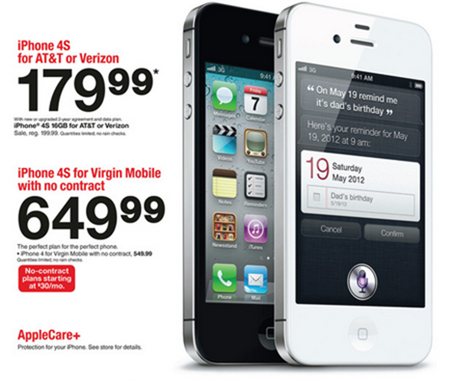 If you’ve been waiting for the iPhone to drop down in price, now is the time you’ll want to get shopping. You can pick up a Verizon or AT&T iPhone 4S for a handsome $179, while Best Buy has slashed the price of the 8GB iPhone 4 by $50 to $49. That said, if you’re serious about thrift, the iPhone 4 will likely go free as the release of the next iPhone draws closer, so you might want to wait another month or two and save yourself a further 50 bucks. 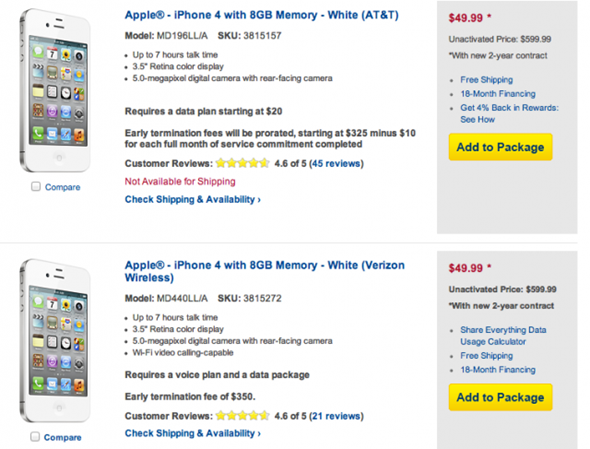 The iPhone 4S on Sprint is going for a buck shy of $150, while the WSJ reports Apple is also trimming its own prices down.