For those of you who frequently use Twitter and are involved in the iOS jailbreaking scene, it may be old news to you that developers are making progress on getting iPhone and iPad applications to work natively on the Apple TV when connected to a high definition television set.

To a lot of people this may not seem like a sizeable task, after all both devices run versions of iOS so why shouldn’t applications be able to run directly on the Apple TV? Yes both devices do run separate versions of Apple’s mobile operating system, however the Apple TV is missing one crucial component – the Springboard.

Springboard is the application which manages the iOS homescreen on the iPhone, iPad and iPod touch devices. Springboard however, doesn’t just act as an icon manager for the device, as a number of low level system tasks are also handled by it with some of these tasks being HID event processing, managing application windows, handling the sleep and wake aspects of the device, push notifications and controlling the state of UIKit applications. So as you can tell, Springboard is a pivotal part of the iOS ecosystem.

So just who is responsible for this work? A name you will of no doubt seen around the community in recent months is Steve Troughton-Smith, a brilliant developer who has been in the public eye recently due to his work with chpwn demonstrating Siri working on older devices. For this recent work he has been working with an equally talented developer known by his Twitter handle as TheMudKip.

Developers working on jailbreaks for the Apple TV device have always seem to do so in the shadow of the iPhone and iPad. Although the Apple TV is a popular device, it will obviously always succumb to the domination of the other iDevices when it comes to consumer tastes. The work on producing a Springboard application for the Apple TV is a promising and exciting step which builds on the tiresome work of NitoTV who has worked to produce a jailbreak.

Developments in this port have been coming thick and fast with Troughton-Smith posting images to Twitter (1, 2) showing a number of popular iOS applications running natively on the Apple TV. It seems they have also figured out a way to display iPad applications running on 720p resolution. 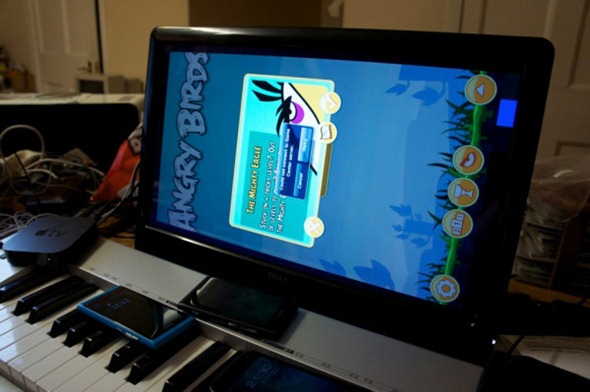 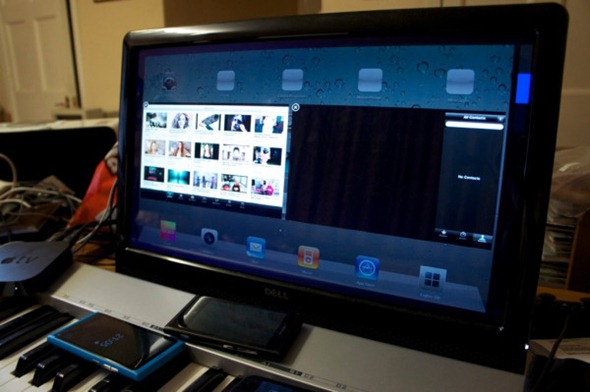 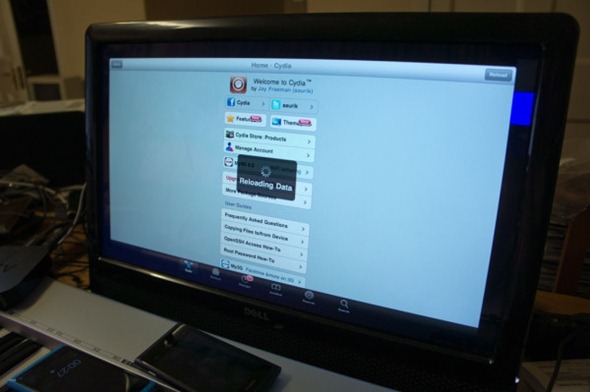 The initial question I asked myself, and I’m sure a number of you will to is why would a developer dedicate this much time and effort into getting the ability to run applications on the Apple TV which are designed for a touch screen device?

There seems to be much more than a technical exercise and instead aims to force Apple’s hand into creating a App Store dedicated purely to the Apple TV.